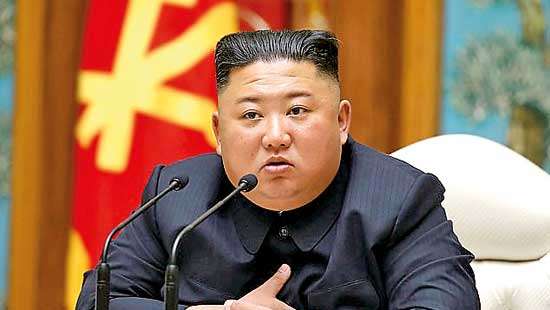 South Korea said today it knows Kim Jong Un’s location as it continues to play down rumours that the North’s strongman leader is seriously ill or dead.

The minister said Kim Jong Un may be lying low to avoid catching coronavirus and not because he is gravely ill.
Speculation over Kim’s health has become so stark that the US is scrambling five spy planes to monitor movements in North Korea, media in the South says.

Rumours have been swirling around the North Korean dictator since April 15, when he missed a Day of the Sun celebration honouring his grandfather Kim Il-sung.

Four US eavesdropping aircraft will try to intercept messages about the Supreme Leader and his health, while one ground surveillance plane will monitor for unusual troop movements.

South Korea has also deployed a spy aircraft over its northern neighbour, the Chosun Ilbo newspaper reported, despite Seoul’s insistence that Kim is alive and well.

Kim Yeon-chul, South Korea’s minister for North Korean affairs, continued to downplay rumours about Kim on Tuesday – saying he had likely disappeared to avoid catching coronavirus and not because he is currently ill.
Kim was last seen in public on April 11, presiding over a meeting of North Korea’s ruling Workers’ Party.

There have been reports that Kim had heart surgery and was subsequently critically ill or even dead, but none of these have been confirmed.