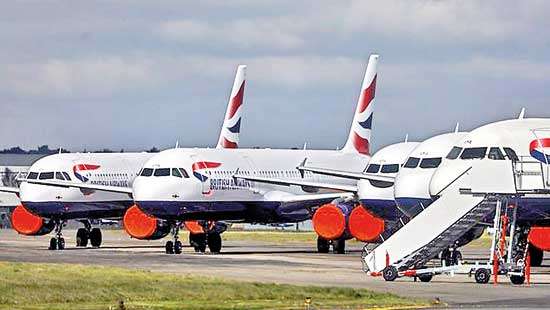 Pilot unions have slammed British Airways who announced plans to make one quarter of their staff redundant in response to the Covid-19 crisis.

The firm, which is owned by the International Airlines Group, said it is planning to lose 12,000 jobs after claiming demand will not return to 2019 levels for several years.

Brian Strutton, General Secretary of the British Airline Pilots Association said he did not expect BA’s announcement, and said his union would fight the planned job losses.

He asked why IAG planned to slash 12,000 jobs in BA while leaving its other airlines such as Iberia, Vueling and Aer Lingus ‘untouched’.

Unite’s General Secretary Len McCluskey described the plan as ‘heartbreaking’ and a ‘stab in the back’ for BA staff.

Mr Strutton told BBC Radio 4’s Today programme: ‘You have to ask the question why the French government is bailing out Air France, why are the Germans bailing out Lufthansa, why is IAG itself not doing anything in its other flag carrier airlines, only British Airways.

‘That is the question you have to ask. Why in our country is our aviation industry getting hammered?
Mr Strutton said in its letter to its employees and unions yesterday, BA highlighted ‘the lack of government support’.

He said: ‘British Airways and its parent company IAG said it had sufficient cash reserves to weather the storm of the Covid crisis.