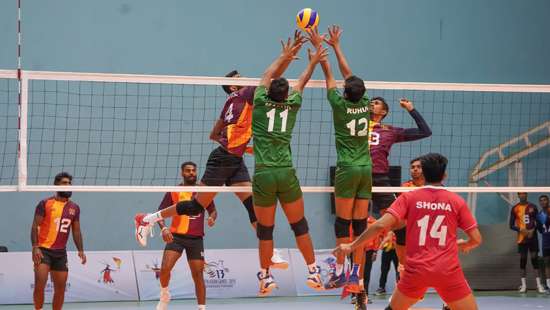 The Sri Lanka Volleyball Federation (SLVB) is making plans to resume administration of the sport once the curfew as a result of the Covid-19 pandemic is lifted.

“I believe we will know by September whether we can conduct local tournaments scheduled before December 31. But it all depends on the decisions made by the Sports Ministry and our sponsors,” Nalaka told the Daily Mirror today.

The Dialog President Gold Cup, the Munchee National Championships, the DSI Supersports Schools Championship, the Sunquick National Beach Volleyball tournament and the newly introduced Under 22 Prime Minister’s Trophy competition are some of the scheduled events which have been put on hold.

Two national volleyball pools comprising men and women had been preparing earnestly with the aim of participating in these events till February but with the coronavirus epidemic intensifying, they had to disbanded, according to the Federation Secretary. The men’s and women’s national pool comprised 30 players each.

The federation hired the services of two foreign coaches last year with the South Asian Games in Kathmandu and upcoming competitions in mind but their contracts were discontinued in December because they could not produce the desired results.

The SLVB had made a decision not to hire any foreign coach this year, giving pride of place to locals when appointing a national coach, assistant coach and physical trainer.