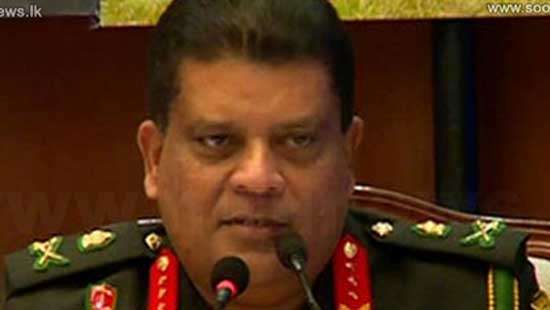 Sri Lanka’s Army Chief, Lieutenant General Shavendra Silva, yesterday said that there had been no sporadic cases of the COVID-19 identified in the country so far and investigations revealed that all patients had shown some roots going back to a cluster.

Silva said that although a patient identified last Monday, had raised some concerns as to how he contracted the illness, officials had later found that he had some roots to a patient as well.

“The virus cannot come from nowhere. It has to have a root. When we go down the lane of the roots of an identified patient, we find it is going back to a cluster. So there have been no sporadic cases,” Lt. General Silva told the Daily Mirror.

While assuring that Sri Lanka was doing “very well” in limiting the spread of the virus, he however said that the public had to behave in a responsible manner to combat the virus soon.

“A small segment of the society is not doing very well because they are behaving in a bit of an irresponsible manner. We cannot afford to have even one percent of irresponsibility because one out of thousands can create havoc in the country. The latest example is Bandaranayake Mawatha, Colombo 12,” Lt. General Silva said.

The Army Chief further said that while curfew was relaxed in several districts of the country earlier this week, district to district travel should not be allowed in order to limit the spread.

He further said curfew was relaxed in the designated districts after all the necessary logistics were put in place.

Sri Lanka’s Health Ministry yesterday said that the government would obtain the facilities of some private hospitals to increase the number of PCR tests to over 1000 daily as so far only an estimated 800 tests were being conducted for a day.