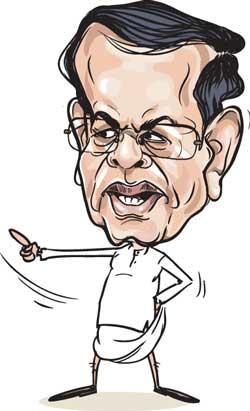 Referring to the Government’s attempts to make new appointments to China-gifted National Nephrology Hospital in Polonnaruwa, former President Maithripala Sirisena said it was a gift to him by China, and hence, he would not let anyone ‘lay eggs’ there.

“It is I who should make the appointments. No one can intervene with that,” he said.

“Some are attempting to lay eggs in others’ nest. However, I will not allow making such appointments according to the whims and fancies of political bodies.
Meanwhile, he said the state employees are currently under the threat of being transferred.