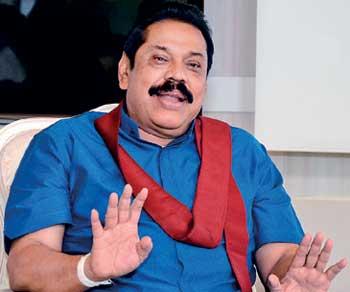 It was the people who had to suffer when leaders of the previous Government attempted to be eagles, Prime Minister Mahinda Rajapaksa said during an event held at Kurunegala on Tuesday.

“There were frequent clashes and confrontations between the Executive and the Legislature. At the same time, the then President did not give heed to the Prime Minister and so did the Prime Minister to the President,” Rajapaksa said.   “At the end of the day, nothing worthwhile happened to the common man,” he added.