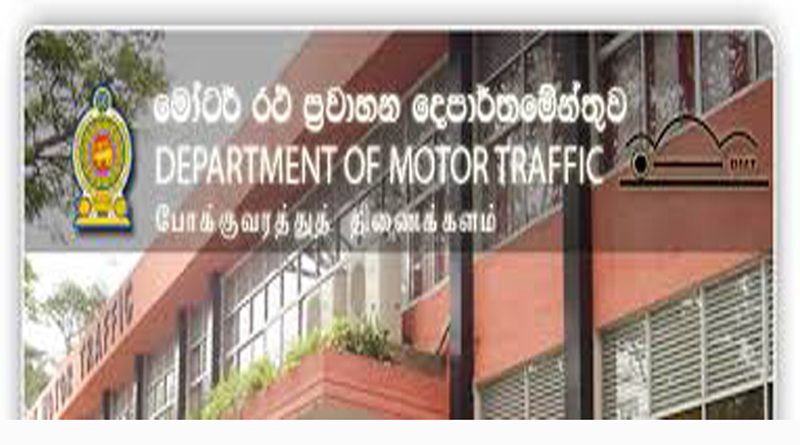 The Government suffered a loss of around Rs. 4 billion due to a decision made by the Department of Registration of Motor Vehicles (RMV) to extend a contract given to a private company to manufacture smart driver licenses, it was disclosed before the Parlaimentary Committee on Public Accounts (COPA) yesterday.

It was further revealed that the said private company had a contract for seven years and after exceeding the contract period, the Department has given the company two more years as an extension for the contract resulting in a massive loss.

The investigation found that the company had entered into a contract with the RMV and the contract ended in 2016. As per the provisions of the contract, the private company should have handed over its machinery used for the issuing of smart licenses to the RMV so that the department could issue them by on their own. However, the company instead of handing over their machines, continued to obtain extensions. If the task had been carried out by the Department itself, it could have earned an average income of Rs 120 million a month.

The Department issues between 60,000 to 70,000 driver licenses a month and during the month of August they had issued around 92,000 licenses, an official of the RMV said in response to a question raised by COPA member MP Dr. Nalinda Jayatissa. An applicant is charged Rs 1,700 per a license and the private company would keep Rs 1,340 of that sum while the balance Rs. 360 is paid to the RMV.

Officials admitted that the contract with the private company comes to an end at the end of this month, but they admitted no readiness by the Department, itself, to take over the task of issuing smart licenses.

The private company as per the contract is bound to provide technology and training to RMV officials by the end of its contract period of seven years. Though two and half years have lapsed the company still failed in providing training to the RMV officials, it was revealed in the COPA inqiiry. The RMV officials said that they did not have a sufficient number of employees to be sent for the training considering the workload at the Department.

Chairman of the COPA MP Lasantha Alagiyawanna and the officials of the Department of the Auditor General ordered the RMV Commissioner Jagath Chandrasiri and Secretary to the Ministry of Transport to take immediate action to take over the task of issuing smart driver licenses from the private company. If the government carries out the task of issuing the smart driver licenses then the fee charged from the applicants could be reduced. If the RMV needed, it could set up a company managed by the government for the purpose and the approval of the Cabinet too could be obtained for that purpose, the COPA told the RMV officials.

Chairman MP Alagiyawanna stated that as per the provisions of the new Audit Act, the Secretary of the Ministry of Transport and the Commissioner of the RMV would have to bear the responsibility for the loss incurred on government for not ending the contract in seven years.

Chairman Alagiyawanna ordered the Secretary of the Ministry of Transport to submit a report within two weeks on the performance of the contract between the RMV and the private company and what tasks had been completed and what not been accomplished yet.