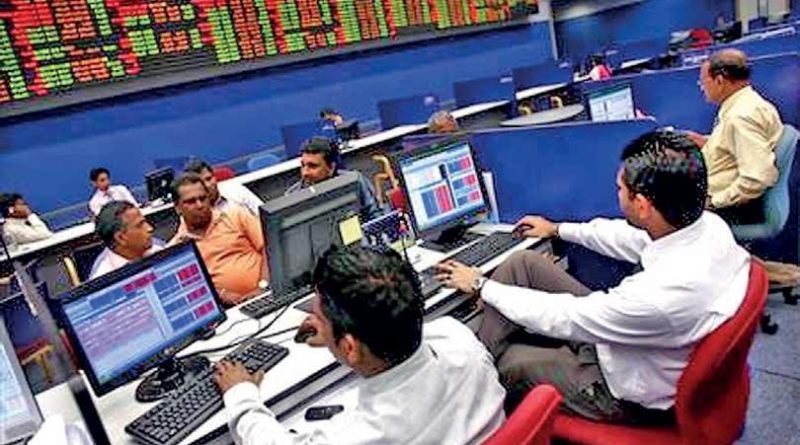 COLOMBO (Reuters) – Sri Lankan shares rose for the eight consecutive session yesterday to end at a more than a four-month high, as banking stocks continued to lead gains, while the rupee edged down on high dollar demand from importers.
The benchmark stock index gained 0.34 percent to 5,715.14, its highest close since March 8. It rose 2.6 percent for the week, recording its fourth consecutive weekly gain. But the index is down about 5.57 percent so far this year.
Yesterday, the stock market’s turnover was Rs. 712.1 million (US$4.05 million), more than this year’s daily average of about Rs.611.5 million so far. Last year’s daily average came in at Rs.834 million.
Foreign investors bought a net Rs.191.7 million worth of shares yesterday, extending the year-to-date net foreign inflow to Rs.1.48 billion worth of equities so far this year, index data showed.
Shares in country’s biggest listed lender Commercial Bank of Ceylon rose 2.8 percent, Commercial Leasing and Finance Plc jumped 12 percent while Melstacorp Ltd and Browns Investment Plc ended 0.22 percent and 4.35 percent higher, respectively.
Meanwhile, the currency ended tad weaker at 175.75/85 per dollar, compared with Thursday’s close of 175.70/80, as importer demand for the greenback outpaced the dollar selling by banks. The rupee fell 0.17 percent during the week, but is up 3.89 percent so far this year.
The rupee dropped 16 percent in 2018 and was one of the worst-performing currencies in Asia.