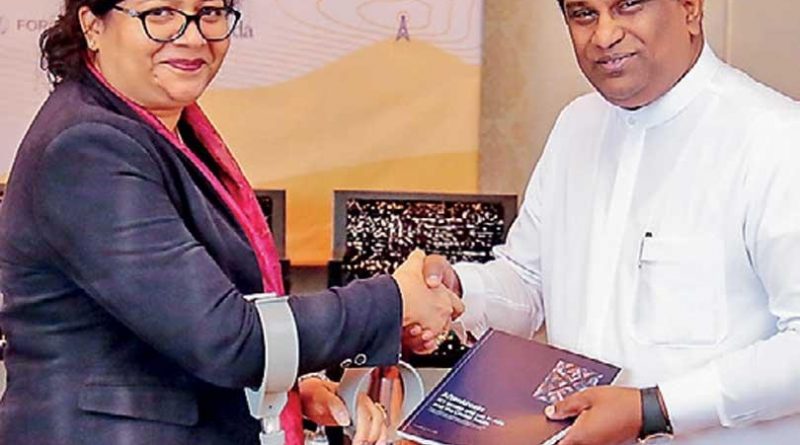 Despite the high awareness of e-commerce platforms, the majority of Sri Lanka’s Internet users are reluctant to utilise the e-commerce platforms to purchase goods or services due to lack of trust, according to LIRNEasia, a regional digital policy think tank.
The Colombo-based think tank yesterday launched its latest report ‘AfterAccess: ICT access and use in Asia and the Global South’.
The report highlighted that 70 percent of Sri Lanka’s Internet users aged between 15-65 years were aware of e-commerce platforms, which put Sri Lanka ahead of Internet users in India, Pakistan, Bangladesh, Cambodia and Nepal.
However, only a mere 43 percent of those aware of these platforms have ever utilised e-commerce platforms to purchase goods or services.
“If you consider, for example, India, companies have spent millions advertising e-commerce platforms and services to consumers. In Sri Lanka, we have high awareness without such investments,” AfterAccess surveys Lead researcher and LIRNEasia CEO Helani Galpaya said.
In comparison to Sri Lanka, majority or 62 percent of Indian Internet users, who were aware of e-commerce platforms, had utilised them.
Around 45 percent of non-users in Sri Lanka, who were aware of e-commerce platforms, reasoned that they preferred to purchase goods or services directly from physical stores, while 22 percent of them stated that they didn’t know how to use e-commerce platforms.
Sri Lanka is estimated have 1.6 million e-commerce users with taxi-hailing services being the most popular e-commerce service with 0.9 million users, while convenience and prices were among the main reasons for use.
According to the survey that was conducted from December 2018 to January 2019, most e-commerce users preferred transactions with cash and debit cards while only 2 percent of them preferred to use Internet banking or mobile money.
In addition, only a 9 percent of Internet users, who were aware of these platforms, earned an income by selling their goods and services.
The researchers identified that lack of relevance and skills as barriers to greater service uptake.
“The gap between awareness and use of e-commerce services needs to be addressed, especially if Sri Lanka is keen on growing the e-commerce market,” stressed Galpaya.
Consequently, in comparison with other Asian countries in the survey, Sri Lanka received the lowest score in terms of enhancing economic well-being as a result of using a mobile phone.
Mobile users in India, Bangladesh and Pakistan have been able to upgrade their level of knowledge and skills to a higher degree compared to the mobile users of Sri Lanka.
Sri Lankans were the most concerned among Asian countries on risks involved with Internet usage, which include fears of their children being exposed to inappropriate content, Internet addiction and possibility of private information being shared online with others.
In particular, low-income earners, less educated and basic phone owners had higher levels of concerns among the country’s
Internet users.
Meanwhile, the survey revealed that Sri Lanka’s Internet penetration is limited to 37 percent of population aged between 15-65 years, which is not commensurate with the levels of income and literacy of the country.
Despite having a 78 percent mobile phone penetration in the age category, the survey showed that nearly half of them only own a basic phone, which doesn’t have
access to Internet.
While pointing out that there are relatively affordable smartphone brands in the market, Digital Infrastructure and Information Technology Non-Cabinet Minister Ajith P. Perera reasoned that the cultural aspects might have been a contributing factor for the relatively low number of Internet users.
The majority of non-Internet users who took part in the survey responded that they didn’t know what Internet was while 20 percent of non-users stated that they were not interested or didn’t view Internet being useful.
A quarter of Internet users viewed cost of data as a limiting factor for Internet usage while over a quarter of Internet users were satisfied with their Internet connections.
The researchers noted that download speeds in Sri Lanka are relatively good compared to the region. However, they emphasised on the need to move beyond download speeds as a measure of quality, considering the other quality aspects such as latency on networks.
The survey report highlights key areas for development in the ICT sectors of Sri Lanka, India, Pakistan, Bangladesh, Cambodia and Nepal.