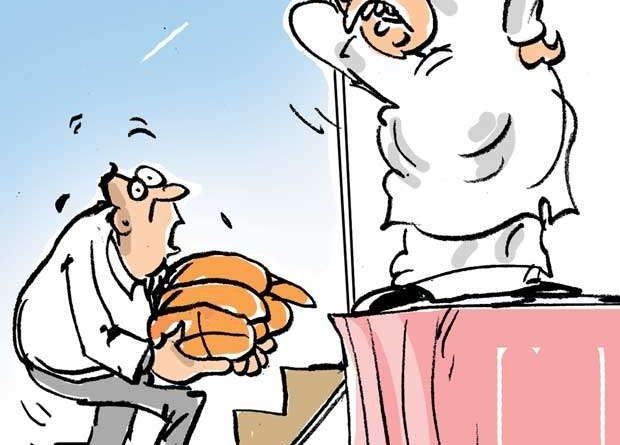 A purohita on a mission of providing shelter to the poor had ordered the interdiction of a housing authority’s district manager in a gem-rich area for a very minor failing.

This white collar one had been entrusted with the responsibility of providing ‘ata-pirikara’ to be offered to the members of Maha Sangha who were expected to be present at a ceremony held to mark the opening of a housing scheme.
As there was hardly any place on the stage to keep the ‘ata-pirikara’ bundles, he had placed them in a box under the stage.
When the time came for offering ‘ata-pirikara’ the white collar one had come down from the stage to fetch the bundles and taken a few minutes to come up with the burden. The politico who got angry about this brief delay had taken steps to get the poor fellow interdicted, they say.