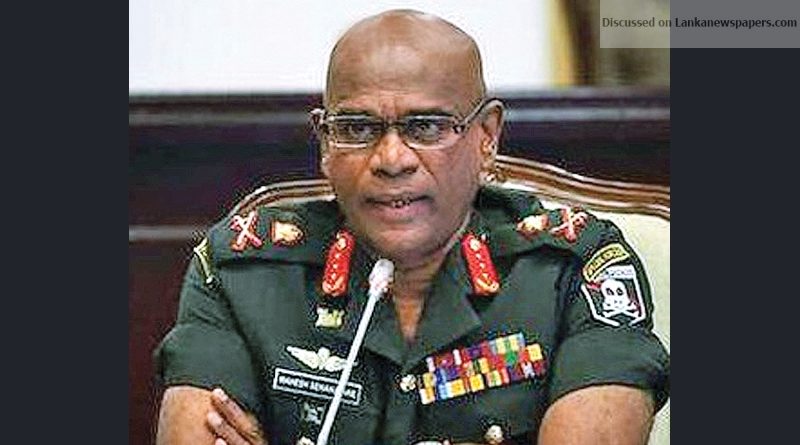 Headlines
April 25, 2019 Lankanewspapers 0 Comments
Army Commander assures swift action :
Over 50 suspects arrested so far:
Forces and police join in crack down :
Army Commander Lt. General Mahesh Senanayake said a large scale islandwide operation has begun in search of members of the extremist terrorist group involved in Sunday’s bomb blasts.
He assured that normalcy would soon be restored in the country after successfully eliminating the terrorist outfit. He expressed confidence that past experiences in defeating the LTTE would be of use to achieve intended results within a short period.
He pointed out that the Tri-Forces have been strengthened with the implementation of the Emergency Regulations.
He said a cadre of around 7,000 army personnel had been deployed for military operations with the support of other security forces.
He said over 50 suspects had been arrested from the operations commenced since yesterday. About 25 suspected vehicles had been checked and two suspected motorcycles had been destroyed through controlled explosions. He said the operations of State Intelligence Service and the STF have been enhanced. He said the Army was also tracing the safe houses of the suspects.
He said the security of all important state buildings and locations has been tightened.
He said the Tri-Forces will not allow the ugly head of terrorism to rise again. The Police, STF, Navy and the Air Force have joined hands in the on-going operations.