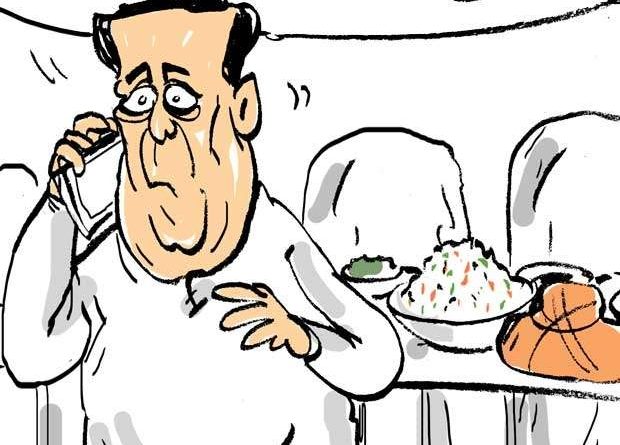 A prominent senior one in the Betel leaf alliance was conspicuous by his absence, at the ceremony held to mark the former strongman assuming duties as the opposition leader.

Practically all Diyawanna politicos who have pledged allegiance to Number One except the senior one had showed up at this ceremony and his absence had triggered much hush-hush among the participants.
Some had opined that the senior one may have boycotted the event because he must have felt unhappy that the high office that should have been his long ago had now gone to the former strongman.
Some of the participants who wanted to win brownie points from the former strongman had tried to impute that the party senior had deliberately boycotted the event to demonstrate his displeasure.
However, the former strongman had promptly shot down the motive they had imputed saying,” No! No! he has not boycotted this event! In fact, he rang me up in the morning to inform that he would not be coming as he had to attend the dana to be held in memory of his mother-in-law.”
Those who tried to give a sinister twist to the senior’s absence had to beat a hasty retreat, they say.