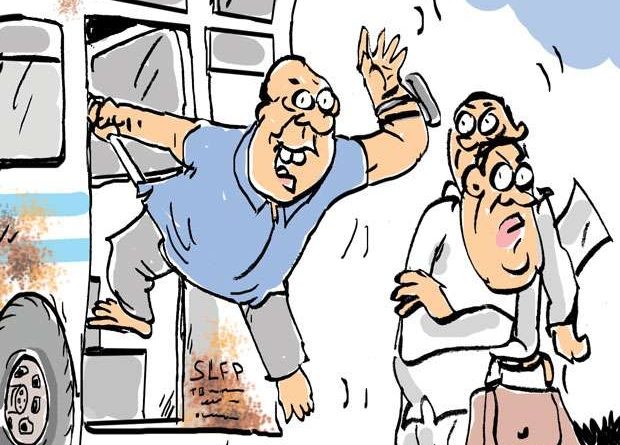 He is a heavyweight of the Blue party. Though high in status he is comparatively young. A onetime high office holder of the party, this worthy has now been reduced to mediocre status. And that appears to rankle him a lot.

Nowadays he is putting one single question to his colleagues in the 21-member group: “Just tell me whether you are with me or not?”
Everybody knows that the man was quite close to Number One in the recent past. Now he is said to be closer to the former Madam. He would often tell his colleagues: “Machang, remember that the party headquarters belongs to none but us!”
All are quite good with him. But most of them reportedly avoid giving a direct answer to his question. Their stock reply is: “Hondai balamuko! “(Okay!  Let me think over!)  Some have of course, given the straight reply: “We are you with you, Machang!” But only a few have given that reply so far, they say.