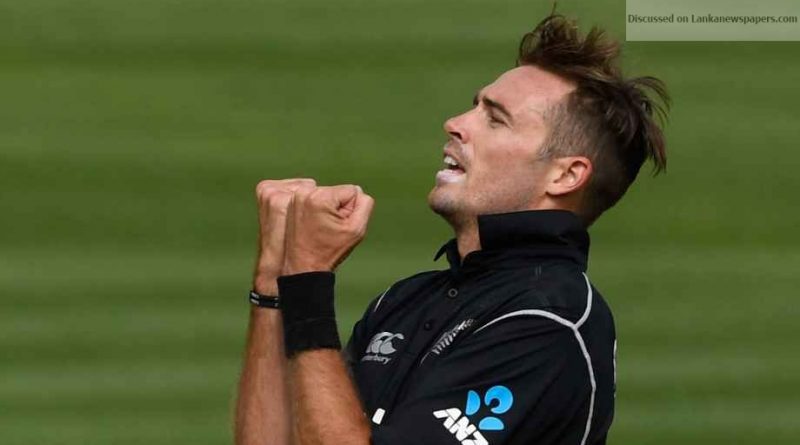 Five matches, four losses, one draw thus far, and so we come to the final game of Sri Lanka’s tour of New Zealand. Can they finally get a win?

Not on their side, as usual, is form. Sri Lanka have lost four of their last five T20s – the most recent one quite badly, going down by 30 runs to England at home. What may give hope to the visitors though, is the fact that the opposition’s recent record is even worse. New Zealand have lost each of their last six T20s, and nine of their last 10 – the caveat being that five of those losses came against Pakistan, who are currently the top-ranked T20 team. The hosts also find their ranks depleted for this match, with Kane Williamson and Trent Boult being rested, while Sri Lanka’s tormentor from the ODIs – James Neesham – is out through injury as well.

As is often the case when cricket comes to Eden Park, the focus is on adapting to the ground’s odd dimensions. Featuring some of the shortest straight boundaries in the game, bowlers can sometimes find this a punishing venue, particularly when they overpitch. When Sri Lanka were last here for a T20, in 2016, for example, Colin Munro walloped seven sixes and a four in the space of 14 balls to bring up the second-fastest international half-century in the format. New Zealand’s bowlers have themselves been on the receiving end, most recently in February last year, when Australia chased down the mammoth target of 244 with seven balls and five wickets to spare.

Generally one of the most reliable death bowlers around, Tim Southee‘s limited overs form has recently been on the wane. Although it is in ODIs that this slight decline has largely been observed, Southee’s T20 returns have not been stellar either, particularly at Eden Park, where he has returned economy rates of 10.5, 12 and 11.75, in his last three outings. He had taken only one wicket across those games. Sri Lanka may look at those returns and figure Southee is a bowler worth targeting and may be particularly tempted to unsettle him because in the absence of Williamson, it is Southee who will lead the New Zealand side.

As good as Thisara Perera‘s ODI batting has been over the past year, he has arguably been even better in T20s, where he averaged 40.42 with a strike rate of 178, in 2019. With him having hit perhaps the form of his life in the ODI series just past, Sri Lanka will want Thisara to face as many balls as possible in Auckland, so he can have time to settle at the crease before opening those powerful shoulders. Thisara usually bats at No. 6 or lower, but given his exploits in New Zealand, he may serve Sri Lanka better from higher up the order.

Allrounder Mitchell Santner is likely to play his first international since March last year, having now returned to competitive cricket following knee surgery. Apart from Southee, the remainder of the attack is difficult to predict, with Doug Bracewell, Ish Sodhi, Lockie Ferguson, Seth Rance, and the uncapped Scott Kuggeleijn all vying for three spots.

Danushka Gunathilaka is unavailable for Sri Lanka after he sustained a back injury in the final ODI. Kusal Perera may open the innings in his stead.

Flat surfaces are generally the norm at Eden Park, which means another run-fest could be on the cards. The weather is expected to be good for the duration of the match, with temperatures in the low 20 degrees range.

“Playing here is a true test for bowlers. You’re faced with a pretty good surface most of the time an small boundaries. There’s not too many margins for error.”
New Zealand captain Tim Southee

“Yes, the boundaries are very small here, but I still think bowlers can still change the game. I have that experience. You have to execute your skills 90% perfectly at least. A yorker is still a yorker.”
Sri Lanka captain Lasith Malinga