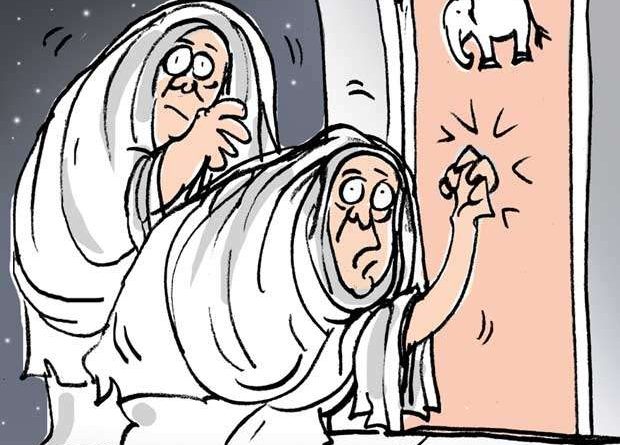 A politico from the South, who suddenly found himself in the Opposition had been contemplating a somersault back to where power is when he got as a godsend a beckoning call from a Green stalwart of the home turf itself.

He was about to make the decisive move when he learnt that a colleague from the same area, who had already somersaulted to the Green camp after sharing both rough and fair weather together with him for several years, had raised vehement objections to welcome him to the Green fold.
The colleague, already in the Green camp had lodging his protest told the Green leadership: “By accepting him to the Green fold, you would be doing me a great injustice!”
The Green pal who extended the invitation to the willing one is reportedly wondering now how he could open the door to the new pal without antagonizing the buddy already in the fold.