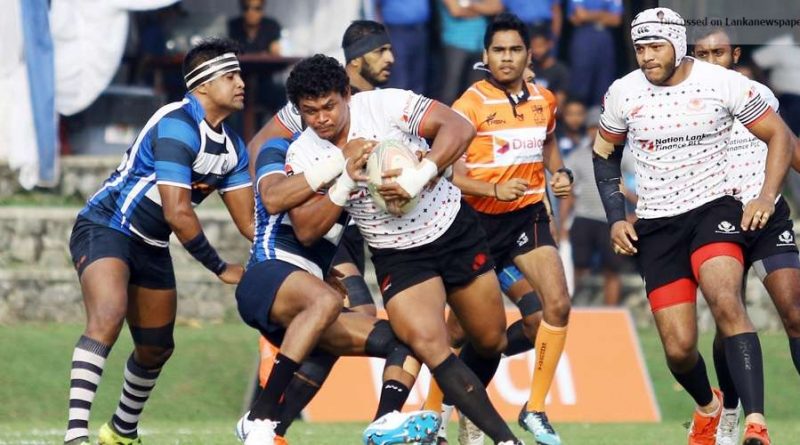 CH and FC secured what could be a hugely significant victory in their bid to claim a place in the top four of the Dialog Inter-Club League Rugby Tournament beating Navy Sports Club by 34 points (four tries, four conversions, one penalty and one drop goal) to 26 points (four tries and three conversions) thanks to a first half blitz at Welisara yesterday (16).

The Maitland Crescent Club raced to a 27-5 half time lead as they outclassed the Sailors with some breathtaking performances.

Giant second row forward Sajith Saranga crashed over in the 14th minute after some good work from their forwards and the ever-reliable place kicker Samuel Maduwantha made no mistakes with the conversion.

The former St. Anthony’s College kicking sensation made his presence felt once more with a cracking drop goal in the 25th minute having also put over a penalty early on to take a lead of 13-0.

CH appeared to be running away from the game when flanker Sudharshana Muthuthanthri touched down in the 32nd minute with Maduwantha making the conversion.

Navy SC struck back minutes before the half time when wing three quarter Chathura Seneviratne crossed the line though the conversion was poor.

CH finished off the first half just as they started it as they scored what was their third try of the day when hooker Prasath Madushanka continued his fine try-scoring form with another try.

Navy SC came all guns blazing in the second half as second row forward Nirosh Perera and prop forward Charith Silva touched down once each while they were awarded a penalty try at the end which though was not enough as CH and FC’s scrum half Sudam Parinda’s second half try was just good enough for the visiting team.