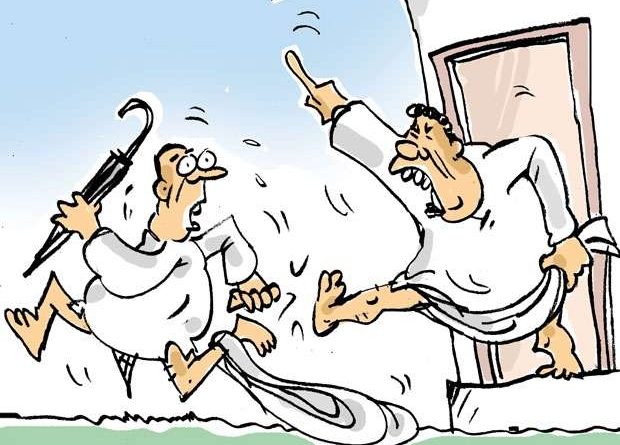 Antics of some active players in the ‘Numbers Game’ that began with the advent of the October 26 regime have spawned numerous humorous stories that may regale those in the know of them for years to come, they say.

The latest such story making rounds in political circles these days tells how a purohita had to run a marathon to his waiting car to escape a beating from an angry colleague when he called at the latter’s residence to woo his support to make up the majority.
The two actors in this drama had been colleagues in the same party until the advent of the new regime, which had put them on the two sides of the fence.
The host who had flown into a rage on seeing the unwelcome guest had set upon him demanding, “How dare you to come to my house…! You …!”
The purohita who had taken to his heels had got into his car and sped away.
These two politicos share the same name though they do not share the same political views on the current political impasse, they say.