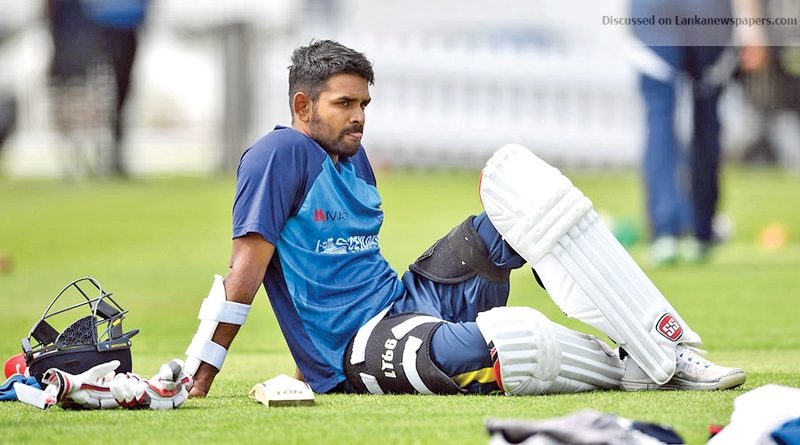 Former Sri Lanka Test batsman Lahiru Thirimanne will lead a Sri Lanka Board XI in the two 2-day warm-up matches against the England tourists to be played at the NCC and CCC grounds respectively.

The sides comprise at least five players who have been named in the 16-member Sri Lanka squad for the three-Test series against England commencing at Galle on November 6.

Batsmen Kaushal Silva, Angelo Mathews and Roshen Silva and fast bowlers Lahiru Kumara and Kasun Rajitha are those who have been selected in the Test squad.

Chief selector Graeme Labrooy said that these players have been included in the two practice squads to give them match practice ahead of the Test series.

Mathews for instance was dropped from the recently concluded ODI series against England on fitness grounds and since then he has been working on it in preparation for the forthcoming Tests.

Roshen Silva has not played any first-class cricket since the second Test against South Africa ended at the SSC on July 23 while Kaushal Silva, a prolific scorer in domestic cricket is making a comeback into the Test side after 13 months.

Fast bowler Kasun Rajitha figured in two ODIs against England, but has not played a first-class match since the third Test against West Indies at Bridgetown in June same as the other fast bowler Lahiru Kumara.

Also included for the two warm-up matches is Sri Lanka’s 20-year-old ambidextrous spinner Kamindu Mendis who received his maiden international cap in the one-off T20 international against England last Saturday. Commenting on the progress made by Kusal Perera on his injury, Labrooy said, “Kusal has started training and he had a few knocks in the nets. He should be fit for the first Test at Galle.”

Perera was forced out of the five-match ODI series against England when he suffered a quad strain to his right leg in the second ODI and has since been under treatment.

The first two-day practice game commences at the NCC grounds commencing today and the second two-day practice match is scheduled to begin at the CCC grounds on November 1.These two matches are in preparation for England’s three Tests against Sri Lanka.