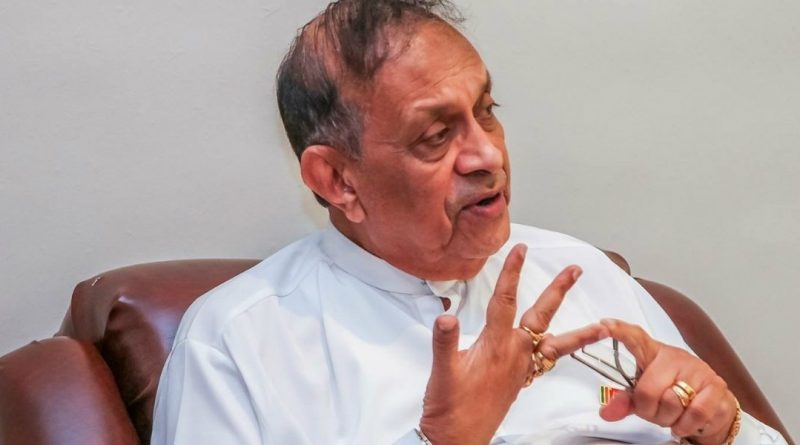 Speaker of Parliament Karu Jayasuriya has summoned a meeting of party representatives at 11 AM today, after 129 MPs placed their signatures on letters urging him to reconvene Parliament, despite the presidential proclamation suspending sittings.

Aides to the Speaker said he could not summon a party leaders’ meet, since that must be held in Parliament, so party representatives will meet outside the legislature. The meeting will be held in the Speaker’s Office in Parliament.

The letters with 129 signatures came separately, but totalled well over half the 225 MPs in the legislature.

Six JVP MPs also signed a letter to the Speaker, urging him to reconvene the 225-member legislature, joining Opposition Leader R. Sampanthan with his 16 MPs, who issued a similar letter on Sunday night.

Highly placed sources told Daily FT that it was likely Speaker Jayasuriya could reconvene the House as early as Wednesday, citing a previous ruling by Speaker Joseph Michael Perera in 2003 that gives Parliament authority to convene during unreasonable seasons of prorogation.

The UNP is organising a demonstration at the Liberty Roundabout in Colpetty, in a bid to shore up popular support for reconvening Parliament, despite the prorogation.

Yesterday, Speaker Jayasuriya held a series of consultations about the prevailing political crisis, travelling to Kandy for discussions with the chief prelates, to warn of a ‘bloodbath’ if the political crisis was not resolved in Parliament.

He also held meetings with US Charge D’Affaires Robert Hilton and a UN representative about the prevailing situation, his office said in a statement.

Sri Lanka’s constitutional power struggle escalated yesterday, with President Maithripala Sirisena appointing a ‘new’ Cabinet, even as Prime Minister Ranil Wickremesinghe, who was controversially deposed last Friday, dug in his heels, vowing to only relinquish power as the country’s lawful Premier if he was democratically defeated by a vote in Parliament.

Last evening, President Maithripala Sirisena summoned Colombo-based diplomats to brief them on the current political situation. President Sirisena insisted he had acted within the constitution, and claimed he had the numbers in Parliament, Daily FT learns. Diplomats of several Western nations reiterated that trade concessions like GSP Plus and soft grants was anchored to democratic governance, and urged the President to convene Parliament, sources said. President Sirisena replied that he had prorogued Parliament in order to buy time for the new Government he installed in power last Friday to present a budget, it is learnt. SLPP Chairman G.L. Peiris and Minister of Ports and Shipping Mahinda Samaraweera also attended the briefing.

Arjuna Ranatunga, who held the post of Petroleum Resources Development when Wickremesinghe was unceremoniously sacked, was arrested after his MSD bodyguard shot into a mob at the Ministry on Sunday night, as they tried to take the former minister hostage, killing one person and injuring two. Ranatunga was bailed out immediately, but the incident sparked fears of further unrest and reprisals.