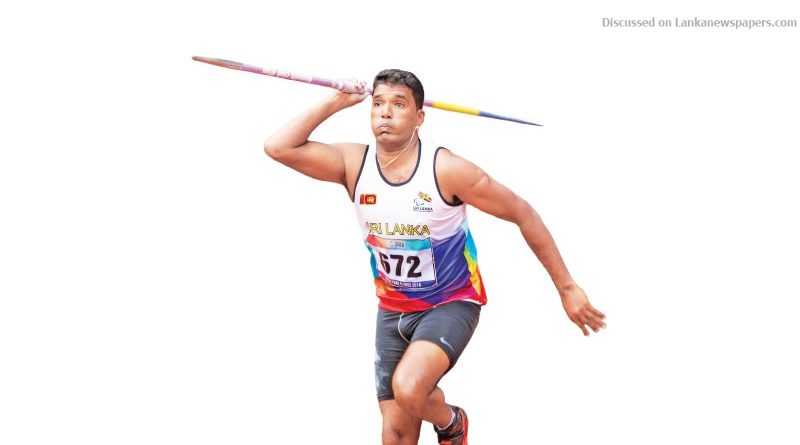 Sri Lanka Para team captain Dinesh Priyantha said: “Myself and my coach Pradeep Nishantha have worked hard and finally our efforts paid off with bringing honors to my motherland and it’s a huge victory for us to win in a sport which was dominated by the Indians,” Herath further said.

“We have been doing continues training since 2017 after victory in the World Para Games. Our main aim is to win the gold in the Olympics” he said.

The much expected athlete Amara Indumathi had to be satisfied with fourth place recording 01:02.32 seconds in the women’s 400M T45/46/47 while LI LU from China (58.39 secs) and Behera Jayanti from India (59.71 secs) became gold and silver medalists. Shigemoto Sae from Japan won the bronze with 59.77 seconds timing.

Palestine’s Mahmoud Zohud, who competed in the shot put F55 class, faced tough competition. Although he didn’t take home a medal for Palestine, the athlete from Gaza said he was happy to be able to take part in this year’s Games.

“I’m very happy to be able to compete here because I got the support of all people in the field, especially Indonesians. I’m very grateful as they made me even more enthusiastic during the match,” said Zohud.