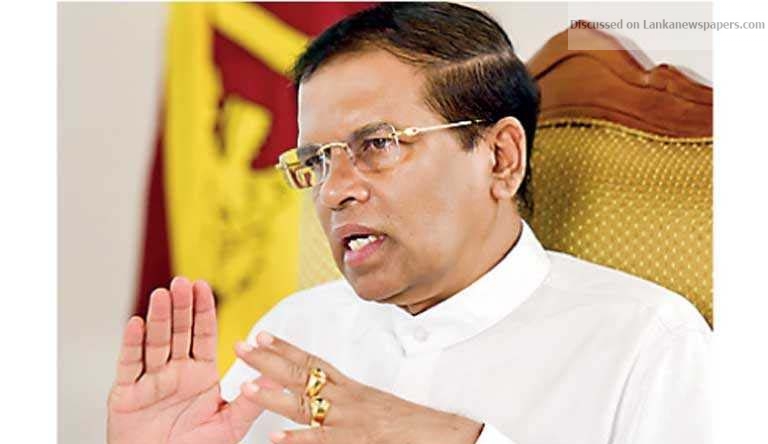 President Maithripala Sirisena yesterday said he knew the reason why the Gin-Nilwala development projects were suppressed and sidelined during the past regime and even the present government.

He said while an inquiry was in progress over the delays that took place during the last regime, an inquiry has to be held over it’s non-implementation by the present government.

“I am stopping short of commenting on it further because I know the reasons for the delays and holding back of those projects by the previous regime and this regime. So don’t make me to expose them in public and I hope the relevant authorities will treat this as an eye-opener and reminder and work on them immediately protecting their political values,” the President told a gathering in Hambantota.

He was addressing a national programme held in the Magam-Ruhunupura International Conference Hall in Hambantota to create awareness among the farmers regarding the development of paddy fields.

He said, “The farmers told me about Gin and Nilwala Rivers and they handed over an appeal to me as well. You all are aware of what happened to the project during the past regime. An inquiry is being held separately about it. I think another inquiry has to be done regarding it. I know the delay in implementing it. The cabinet paper regarding this project is delayed for three months and I know the reason for it.”