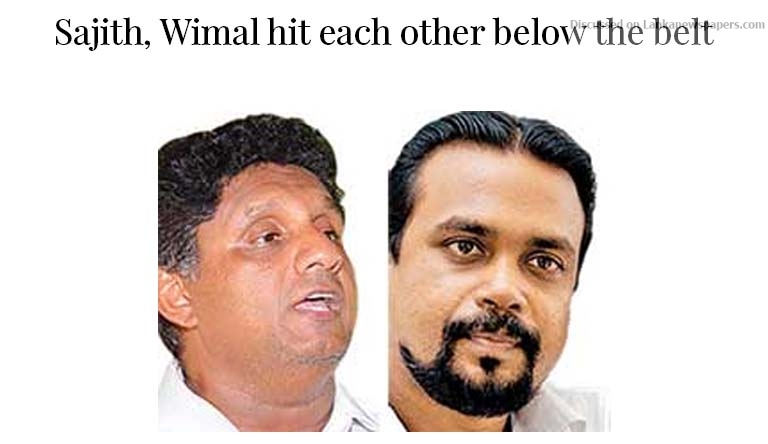 Housing and Construction Minister Sajith Premadasa and NFF Leader Wimal Weerawansa locked horns in Parliament yesterday forcing the Speaker to expunge their words they used against each other.

Speaker Karu Jayasuriya had to repeatedly order both the members to stop arguing and let him carry on the day’s business without interruption as the minister and the MP clashed head on.

MP Weerawansa accused Minister Premadasa of excessively hiring workers to the National Housing Development Authority on daily wages in a manner that burdens the institution financially. Minister Premadasa in reply said that he had not recruited any worker to the permanent cadre and had not distributed houses built by the NHDA to his close associates and family members unlike his predecessor.

Premadasa then went on reading out a list of names of persons to whom Weerawansa had given houses also indicating their relationship to Weerawansa. This angered Weerawansa and he challenged to resign from his Parliament seat if those individuals whom the minister named were still occupying those houses. He also asked the minister to come for a debate on the matter in a private TV channel. He said the Minister should resign from his portfolio for making false accusations.

The minister said that his was a truthful answer and ready to debate with the MP any time.