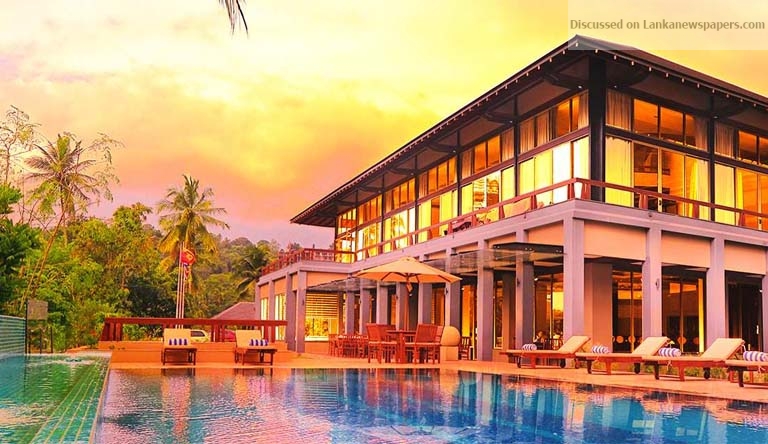 The number of star class hotels in operation in Sri Lanka currently and that are to be built in the future will push Sri Lanka’s hotel sector to reach saturation point very soon, locally and internationally known veteran hotelier Hilary Smith said.

‘ With the coming up of new hotel complexes in Colombo, the sector would reach saturation point and most hotels will have to reduce their charges to a great extent to attract customers in order to survive in the business, Smith, who is manager of the newly built property of the Earl’s Group, Earl’s Red, said.

He said that ‘ room charges of existing and new hotels have to be sustainable and competitive, if not people will not patronize the sector.’

At present the industry has to focus on  training staff work forces for the sector and also attract up market tourists into the country, which is not happening right now, he said.

Smith said the emergence of new properties could affect the revenues of 5-star hotels, necessitating ‘the good faith of all’ for sustaining the sector.

‘The small star class hotels would be significantly impacted since they believe it would be tough trying to sell their product in a market place where the bigger hotels would be able to cut rates, leaving no room for the smaller hotels to become too competitive.

‘This hotel features a restaurant, concierge services and dry cleaning. Free WiFi in public areas and free self parking are also provided. Other amenities include laundry facilities and a 24-hour front desk, he said.