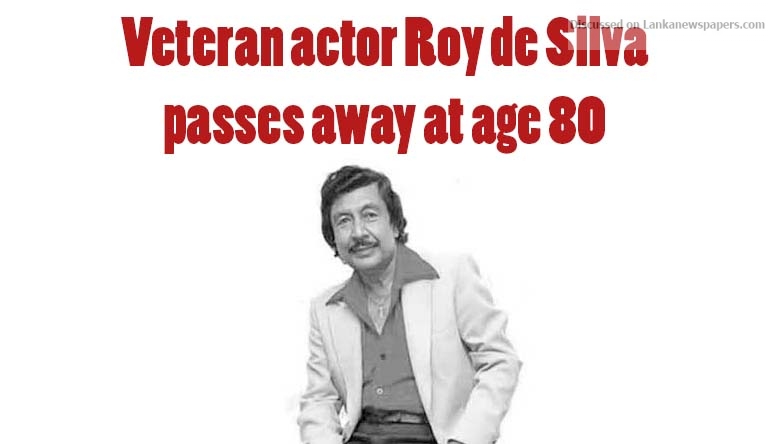 Veteran actor and film director Roy de Silva has passed away last night (30), at the age of 80.

He has passed away while being admitted at the Sri Jayewardenepura Hospital yesterday, according to a hospital spokesman.

After studying at St Sebastian’s College, Moratuwa and St. Joseph’s College, Colombo, he has commenced his career from stage plays.

Roy De Silva began his movie acting career from the film “Sujage Rahasa” and started ventured in to film direction in 1977 as a director of comedy films.

His final actor role was in the film “My Name is Bandu” which was released in 2015.

For more than five decades, Roy de Silva has contributed to the upliftment of the local cinema industry