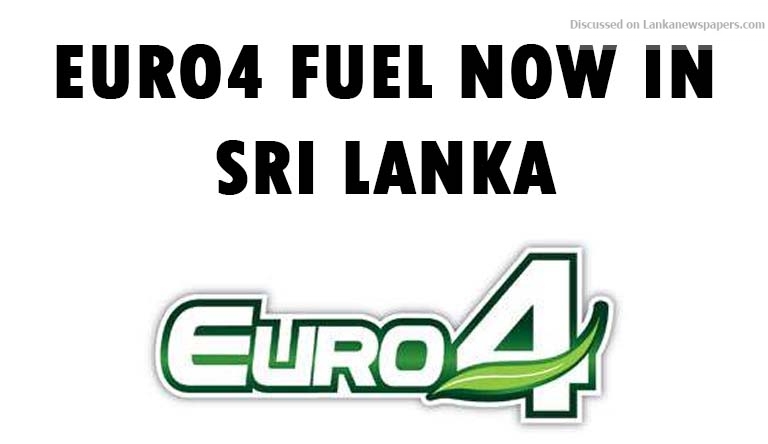 The Ceylon Petroleum Corporation has introduced a special variety of petrol and Diesel which meets European standards. The new Euro 4 standard fuel was unveiled at an event in Colombo today.

Subject Minister Arjuna Ranatunga was questioned as to where this fuel would be imported from. The minister failed to provide a proper response, so he consulted with his officials and came back to state that the fuel would not be imported from one country and that it would be done through a tender process.

When questioned by journalists on the possibility of a fuel price revision, the subject minister noted that they are yet to take a decision. However, he did note that a committee was appointed by the Cabinet in order to meet once in 2 months and discuss the prices of global oil prices and reach a decision on whether fuel prices need to be revised.

Responding to a question on the CPC’s decision not to provide fuel to SriLankan airlines, Minister Ranatunga noted that they cannot simply do that because SriLankan airlines is also a state entity. Ranatunga said he believes he would be able to find a solution through discussions with the President, Prime Minister and Subject Minister.