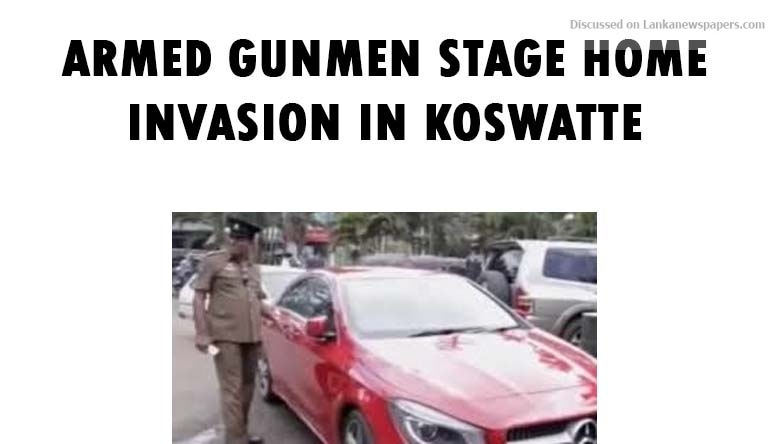 A gang of thieves that broke into the home of a businessman in Koswatte, Battaramulla have made off with cash and jewelry worth Rs. 500,000. Police say the home invasion was carried out by 4 armed men.

The thieves had entered the house and threatened the inhabitants with firearms and a hand grenade. The thieves had fled using a luxury vehicle worth more than 10 million rupees, which was parked at the house.

Police discovered the vehicle abandoned in the Udupiththa area in Eheliyagoda early this morning. Further investigations had yielded two fingerprints. Footage captured on a CCTV camera in the vicinity had revealed that the car had been abandoned at the location by a single person.

The Thalangama and Eheliyagoda Police are conducting a joint investigation into the incident.