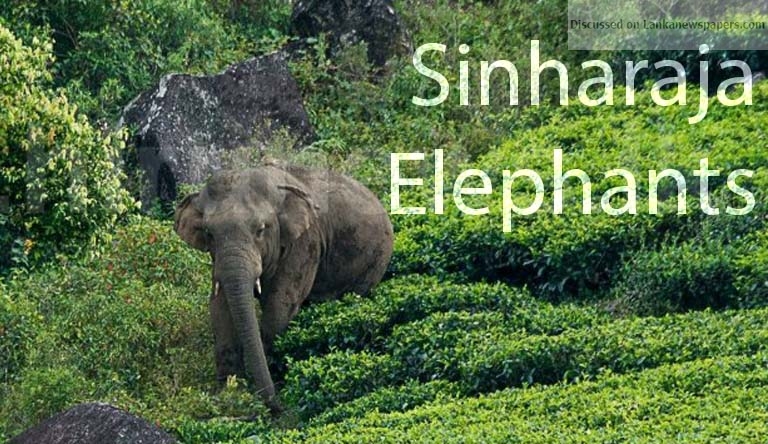 Minister of Wildlife and Sustainable Development Field Marshal Sarath Fonseka says that he did not receive any instructions from the President to cease the operations to remove the two wild elephants from the Sinharaja Forest which is a UNESCO World Heritage site.

The minister stated that they will were planning on relocating the elephants for only two months, inorder to prepare a 50 acres land within the Sinharaja forest itself. He stated that if the elephants continue to stay in their current location they would soon become victims of Hakka Patas or a trap gun.

Journalists questioned the minister on why the services of Nandana Attapattu and his veterinary team had been sought in this operation when there are veterinarians in Wildlife Department. Responding to this Min. Fonseka stated that the veterinarians of the department halted their trade union action when they heard that the team including Nandana Atapattu was going to do this and added that he had not discussed an exact pay for Attapattu.

Over the past few days, it was highlighted that the removal of the elephants from this location could result in the Sinharaja forest losing its status as a world heritage site. When questioned about this Min. Fonseka was bullish in his answer. He stated that he would not do anything if UNESCO can provide him with a guarantee of the safety of the elephants and humans living around the area.

Environmentalist Sajeewa Chamikara speaking to News1st remarked that wildlife conservation is not done by removing the animals from their natural habitat and keeping them in chains. He added that ministers who are appointed to such positions should have some knowledge in wildlife conservation and noted that the lack thereof had led to such a situation.