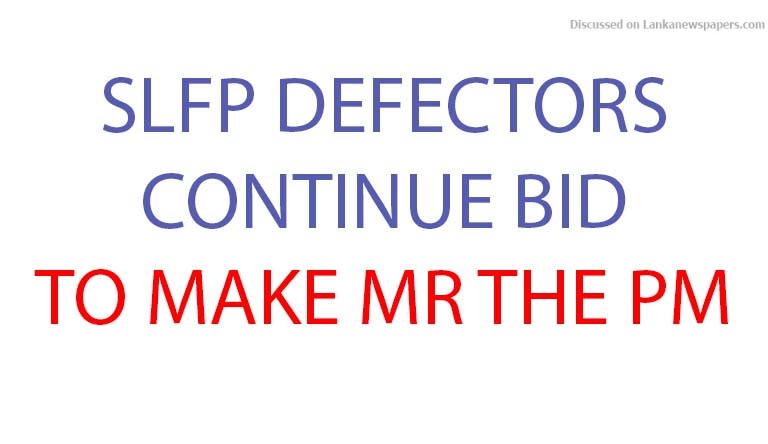 The SLFP 16, who defected from the Government following the no-confidence motion against the Prime Minister, convened a public meeting in Matale today.

MP John Seneviratne addressing the gathering noted that the Central Bank bond scam resulted in interest rates spiking in the country and that seniors in the UNP are responsible for this fraud. He noted that it if the UNP’s policy to survive using the money made by selling the country’s resources.

Chandima Weerakkodi speaking to the public noted that they have to ensure that Mahinda Rajapaksa and Maithripala Sirisena join hands to form a Government. He noted that if they do not make Mahinda Rajapaksa the Prime Minister, it would result in the country deteriorate further.

Weerakkodi went onto noted that certain individuals from the Gampaha district brought a bad name upon Mahinda Rajapaksa but noted that these persons were washed away to the United States following the 2015 presidential election defeat.

MP Dayasiri Jayasekara addressing the public rally in Matale spoke about the actions of the Prime Minister and remarked that the only thing that will never change, in this ever-changing world, is the leadership of the UNP.