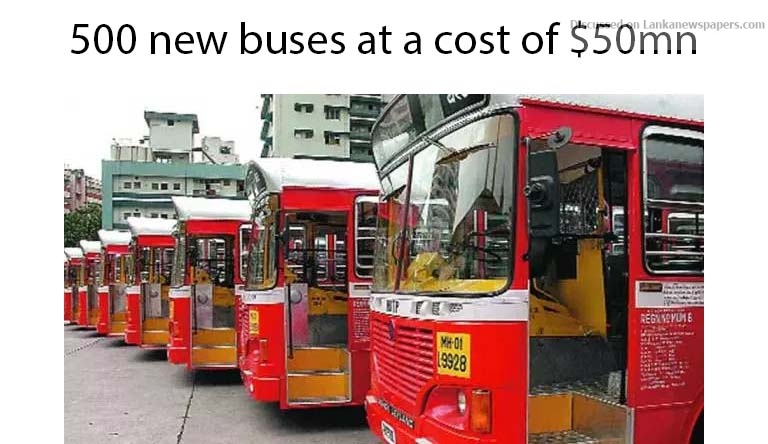 Deputy Minister of Transport Ashok Abyesinghe revealed today (June 16th) that the ministry had obtained the cabinet approval for 500 buses. He stated that 400 buses will have 54 seats and 100 buses will have 100 seats.

He added that they have held discussions with foreign investors to bring in 2000 buses that are suitable for urban areas and the steps to get these buses through investors are currently being carried out.

Deputy Minister of Transport, Ashok Abeysinghe stated that the value of the buses will be around 50 Million US Dollars. He stated that fifty buses will cost 20 Million USD as it arrives through a credit line extended by India, the minister elaborated that for this particular credit line they are only able to call for tenders from Indian companies.

According to Abeysinghe, they have held initial discussions with two investors to bring in 2000 buses with a lower footboard. He added that the venture will be one similar to a profit share business adding that the buses will be owned by the SLTB in 10 years time.