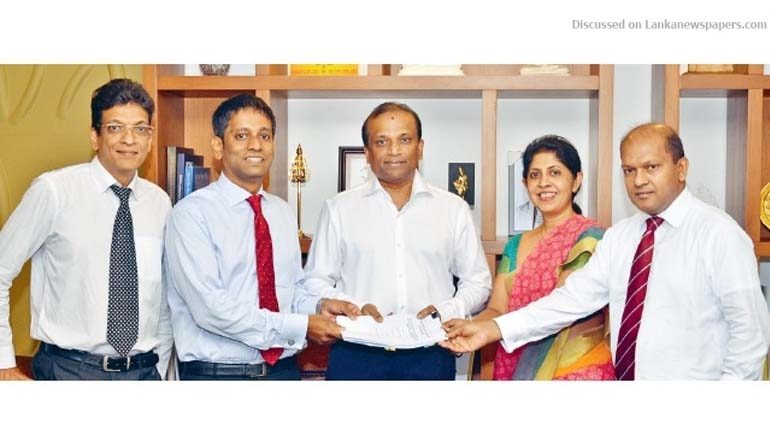 HNB announced a breakthrough partnership with popular retail department store, Odel to lead the syndication of a Rs 5.4 billion loan to fuel the expansion of its flagship store at Alexandra Place, Colombo 7, a press release stated.
The syndicated loan, which will cover a majority of the total cost of construction of the New Odel Mall amounting to Rs 9 billion, was arranged by HNB in partnership with Sampath Bank PLC and Bank of Ceylon with each party participating equally in the loan.

“HNB is a Bank which is a firm believer in the power of local businesses to build internationally renowned Sri Lankan brands. Hence it is a pleasure for HNB to serve as lead Bank to the syndicated loan that is powering the timely expansion of Odel”, he added.

“Particularly at a time when local consumers are gradually increasing their spending while larger numbers of tourists enter the country each day, these investments by Odel will almost certainly help to position the store as a premium destination for any lifestyle requirement, on par with the very best experiences available internationally,” DGM Corporate Banking HNB, Ruwan Manatunga said.
The new development will consist of multiple floors of retail and recreational space of over 240,000 square feet that will cater to the lifestyle requirement of customers by offering activities with a range of internationally renowned branded items and high quality local products as well as cinemas, food courts and several fine dining restaurants, all under one roof.
The complex will be constructed as two seven storeys structures with five basement floors for parking comprised of over 525 parking bays.  The mixed-development complex will also include of 39 luxury apartments in the sixth and seventh floors overlooking the city of Colombo.
The entire range of retail products under the Softlogic umbrella including Odel, Softlogic Brands and Softlogic Retail will occupy approx. 50% of the retail space available in the new Odel Mall and the balance 50% will be rented out to selected group of retail brands food courts, themed restaurants, supermarkets while P.V.R. Cinemas India’s second largest theatre operator is already appointed to operate the seven- movie theatre complex.
With a major part of the piling work completed and the appointed civil contractor already in the process of mobilizing, this landmark project is expected to be completed in  2020.
While appreciating the efforts of Sampath Bank and the Bank of Ceylon in successfully achieving the financial closure, Head of Project Finance HNB Majella Rodrigo elaborated that HNB’s Project Finance Division has supported in arranging several large-scale syndications during the last 12 months specially in projects associated with infrastructure development.
Operating across 251 customer centres islandwide, HNB PLC is Sri Lanka’s largest private sector commercial bank, having been declared Bank of the Year 2017 by the prestigious British financial magazine The Banker, in recognition of its performance as the most profitable banking group and for introducing unprecedented innovations to the domestic banking industry, the release concluded.