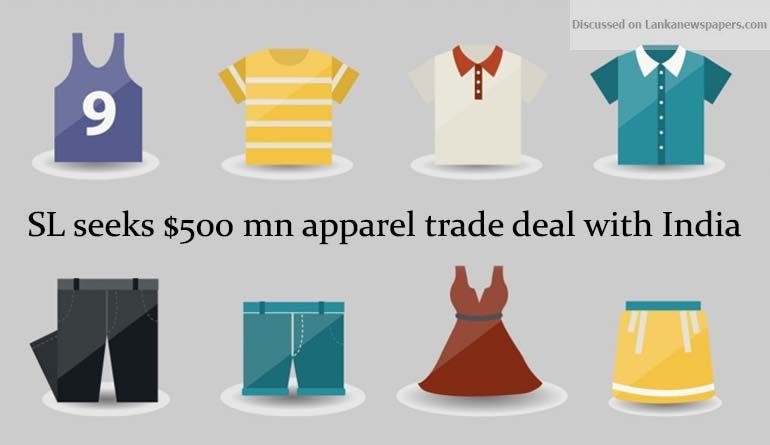 Sri Lanka is hoping to convince India to remove the existing quota system for the apparel industry and instead requesting a US$500 million worth trade deal.

Negotiations are currently underway between the two sides to ascertain whether the existing quota system for the sale of garments to India that is limited to eight million pieces annually worth $30 million could be altered to a higher $500 million worth, value-based system.

These negotiations are said to be part of the Economic and Technological Cooperation Agreement (ETCA) discussions between Sri Lanka and India.

Sri Lanka Apparel Exporters Association (SLAEA) Chairman Felix Fernando told the Business Times that the industry has already exhausted this year’s quota and the reason why changes to the system is being requested.

Industry analysts opine it was a doubtful agreement to pull through and noted that negotiations were still underway in this regard.