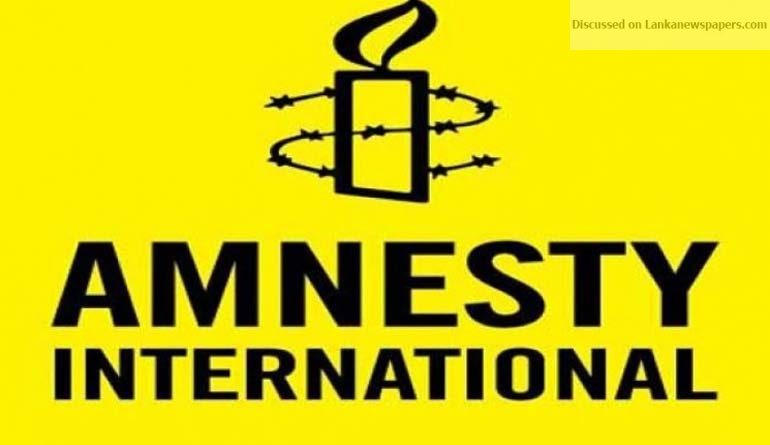 Amnesty International (AI) has selected Colombo as its South Asia Head Quarters and a permeant office is to be opened soon.
The London-based non-governmental organization, established in 1961, that focuses on human rights, has already selected its officers, mostly from the South Asian countries including some locals and they are now operating from a temporary office, said  AI’s Canada Coordinator for Sri Lanka since 1991, John Argue, who was in Colombo last week.
Argue, who has been playing a major role in Sri Lankan affairs, …having visited the country 10 times between 1984 and 2008 said that AI London has decided to establish offices in six cities around the world, to decentralize its activities and Colombo was one of the cities chosen last year. Colombo will be the HQ for South Asia despite India having couple of AI offices that handle its own programmes.
He also revealed that the AI will open regional offices in Mexico, Nairobi, Hongkong and in cities in the Europe to deal with human rights issues and campaigns.
When asked whether the AI office that would be established in Colombo would probe alleged war crimes and accountably, he said, “It’s not certain because AI has not opened a discussion on it nor decided on it..”
Visiting Sri Lanka after ten years, Argue said that the country has changed for the better but still needs to address its alleged human rights violations and war crimes charges to move forward, before it could be referred to UN General Assembly.