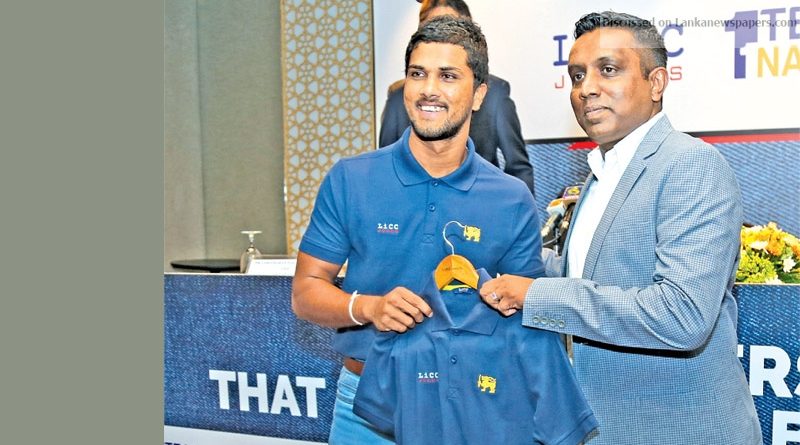 Skipper Chandimal confident of winning if team plays to potential

Dinesh Chandimal’s team can take a leaf out of the Sri Lanka A team’s tour of the West Indies in October last year where they won an unofficial three test series 2-1. Sri Lanka A lost the first test badly by an innings but hit back to win the next two tests quite convincingly by 280 runs and by ten wickets to pocket the series. The Lanka A team was captained by Dhananjaya de Silva who is one of five players from that side who are members of the current team touring West Indies. The other members are batsman Roshen Silva and fast bowlers Lahiru Kumara, Kasun Rajitha and Asitha Fernando.

“We have spoken to the A team coach (Avishka Gunawardene) and also with the players who toured with the A team they gave us a lot of good feedback. We will take what is advantageous for us from those inputs and see how best we can use it against the West Indies to come out victorious,” Sri Lanka Test captain Dinesh Chandimal told the ‘Daily News’.

Apart from left-arm spinner Rangana Herath (who played one Test in the West Indies in 2008) no member of the team has played a Test in the Caribbean.

“We also had a coaching camp in Kandy where the pitches were prepared according to what we will expect in the West Indies. We used the Duke ball which will be used for the Test series and we practiced in conditions similar to the West Indies. We also played our 4-day domestic matches with the Duke ball. I would say that we are quite prepared for the series,” he said.

Explaining the advantages a Duke ball has Chandimal said, “The seam is quite higher which makes it advantageous to the bowlers than the Kookaburra ball. The bowlers can a get a lot of swing and seam from it. The Duke ball hardly changes its condition as much as other balls. Whether it is old or new it helps the fast bowlers in all kinds of conditions. That is a challenge for our batsmen. In the past few days they have been playing against the Duke ball and they are in fine fettle.”

Chandimal expects the pitches in the Caribbean to be fast bowler friendly as West Indies don’t have the type of spinners to match those in the Lankan line-up. In Rangana Herath Sri Lanka have an eventual match-winner and the West Indies will be wary of ‘the wily of fox’ as the captain describes his champion bowler. Also there is the mystery spin of Akila Dananjaya whom the West Indies have not come up against, and the off-breaks of experienced Dilruwan Perera and the right-arm leg spin of uncapped Jeffrey Vandersay.

“We have a rough idea that they would prepare fast tracks to help their fast bowers because if you take our spinners they are more experienced than the West Indies,” said Chandimal. “We also have some good fast bowlers like Suranga Lakmal who has performed well in the past two years. There is also Lahiru Gamage who has the ability to move the ball and there are quick bowlers Lahiru Kumara, Kasun Rajitha and Asitha Fernando. This is a good opportunity for these bowlers to perform on fast wickets and help the team to win as well as for them to gain the confidence and secure a place in the team.”

“What we see of the West Indies is that they are balanced in their batting and bowling. They have some good fast bowlers and that will be a plus point for them. They are a very good competitive team, we know how they can perform and it is going to be a challenge for us. We don’t underestimate them at any time. We always look to play to our strengths,” Chandimal said.

Although West Indies are ranked ninth and Sri Lanka sixth Chandimal said that there won’t be any undue pressure on his team. “There is pressure in every match we play because we play to win whether it is the no. 1 team or the West Indies. As players if we perform to our potential, winning won’t be a problem for us. I expect my players to do that.”

While stating that the absence of experienced opener Dimuth Karunaratne was a big loss to the side Chandimal said a final decision has not been taken on the opening combination.

“There is Kusal Mendis who is our main opener. There is also Mahela Udawatte and Kusal Perera both are in good form. We will look at the conditions and the pitches and see which batsmen will suit our team plans and decide.”

The Lankan team leaves for the Caribbean tomorrow and play a 3-day practice match in Trinidad starting on May 30 before moving into the three-Test series. The first Test is scheduled at Port-of-Spain from June 6-10, the second Test at St Lucia’s from June 14-18 and the third and final (a day-night affair) at Barbados from June 23-27.