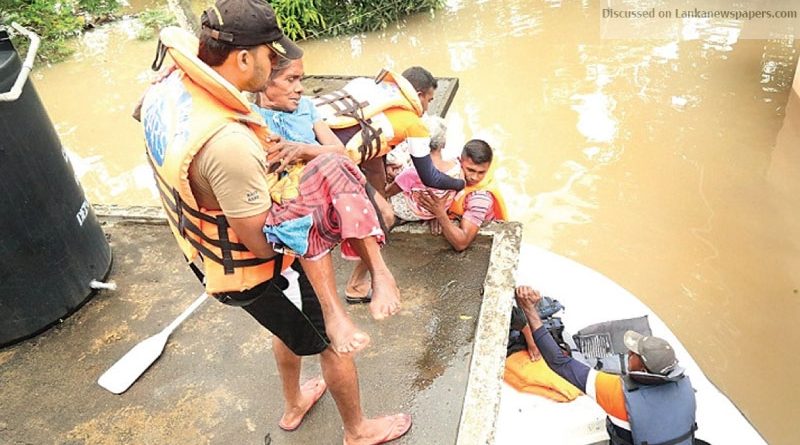 The Disaster Management Centre said a total of 68,000 persons belonging to 18,079 families have been affected across 19 districts due to the adverse weather prevailing in the country.

Eight deaths have been reported so far and six out of those deaths were due to lightning incidents. The highest number of affected people has been reported from the Ratnapura District where a total of 13,033 people belonging to 3,287 families have been affected.

He said that the red notices issued for some areas regarding the possible disaster situation including landslides and floods are still valid and people should be vigilant about possible risks.

The Deputy Director requested residents in low-lying areas close to the Kelaniya, Nilwala, Gin and Kalu rivers to be vigilant and evacuate the area if necessary as the water levels in the rivers are still rising.

Meteorology Department sources said the prevailing showery condition is expected to enhance in the north-western, western and southern sea areas during the next few days.

Showers or thundershowers will occur at several places in the other sea areas.

The coastal belt extending from Kankesanturai to Potuvil via Puttalam, Colombo and Hambantota can be rough at times as the wind speed can increase up to 60 kmph at times.

Strong gusty winds and rough seas can be expected along with thundershowers. Naval and fishing communities are also requested to be vigilant.