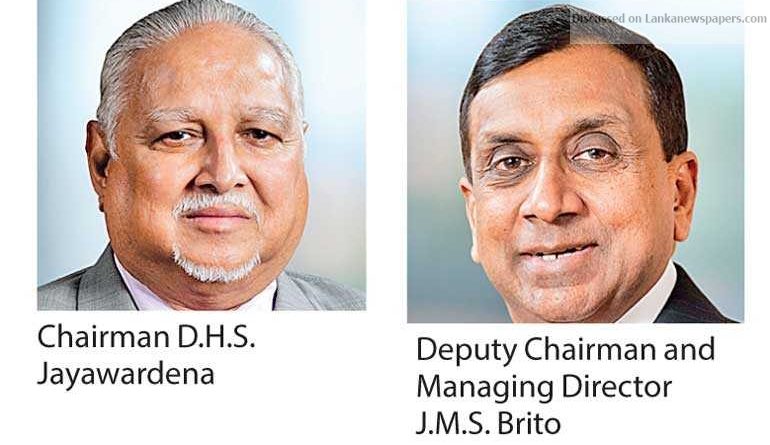 Aitken Spence Plc recorded a steady financial performance for the 12 months ending 31 March 2018 with a 22% year-on-year growth in profit-before-tax from Rs. 5.2 billion to Rs. 6.4 billion, its highest ever.

The leading conglomerate recorded an increase in its annual revenue by 14.9% from Rs. 45.9 billion to Rs. 52.7 billion. The company also reported the highest ever profit-after-tax of Rs. 5.1 billion, which was an increase of 27.3% from the previous year.

The diversified group concluded the reporting period with a strong fourth quarter performance during which both revenue and profit-before-tax figures showed strong growth trajectories.

The holding company’s revenue growth reflected across all key operational sectors including tourism, maritime and logistics, strategic investments and services.

The tourism sector recorded a growth of 18.2% in revenue to Rs. 28.5 billion, while the maritime and logistics, strategic investments, and services sectors reported revenues of Rs. 10.7 billion, Rs. 19.3 billion and Rs. 1.9 billion respectively, indicating a growth of 7.7%, 6.3% and 16.8% respectively over the year.

Sri Lankan hotels ended the year with a satisfactory performance. All properties under the Group’s flagship Heritance brand achieved revenue targets, with Kandalama, Tea Factory and Ayurveda Maha Gedara reporting good results despite being affected by a slow start to the year. Despite severe competition facing beach properties, Heritance Ahungalla recorded a satisfactory performance, while the newest addition to the portfolio – Heritance Negombo – shows great promise for the future.  Meanwhile, Turyaa Kalutara made steady progress towards a turnaround, as did Hotel RIU, where the Group has a 60% shareholding.

The global and local market conditions have remained less than favourable, with slow market growth impacting many of the operational sectors Aitken Spence Plc is engaged in.

“Despite challenges posed by a turbulent operating environment, our prudent and astute strategies continued to hold Aitken Spence in good stead, enabling the Group to achieve a remarkable performance, recording its highest ever profit before tax of Rs. 6.4 billion during the year. In the year under review, we switched gears and accelerated the pace to reach the next phase of our growth agenda,” stated Aitken Spence Deputy Chairman and Managing Director J.M.S. Brito.

“The year also saw the power generation segment begin work on a landmark waste-to-energy project that would help solve both the waste disposal and energy supply challenges in the country at present. The project would see the construction of a 10 MW waste-to-energy plant in Muthurajawela which upon completion would be equipped to convert municipal solid waste to electricity, which I expect would greatly relieve the Colombo City of its waste disposal burden,” added Brito.

“Moving forward, I am convinced that the Group has the resilience and the capability to accelerate its growth trajectory even amidst headwinds by drawing on our innate domain expertise and business acumen. In doing so we will look for long-term growth opportunities by focusing on sectors and markets where we see ourselves having a distinctive role, now and in the future. We will continue the strategy of expanding in domestic and offshore markets through enabling partnerships and improving competitiveness by making consistent investments in technology, people and processes,” he added further.

Listed in the Colombo Stock Exchange since 1983 and marking its 150th year milestone in September 2018, Aitken Spence is a blue-chip conglomerate with a strong regional presence in the Hotels, Travels, Maritime Services, Logistic Solutions, Plantations, Power Generation, Financial Outsourcing, Insurance, IT, Printing and Apparel sectors.