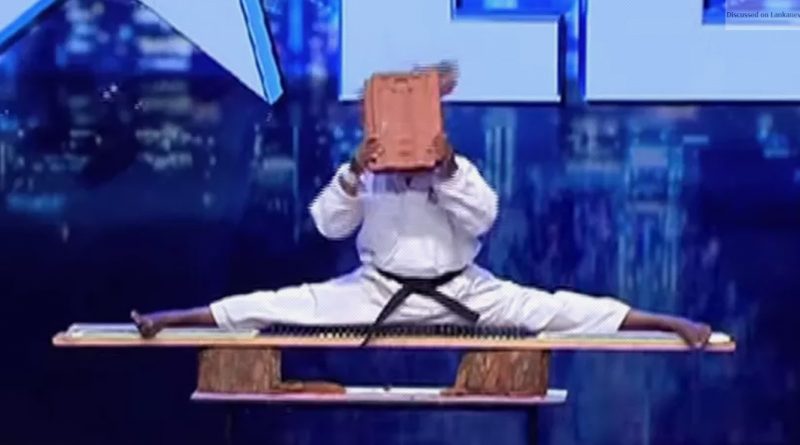 Sri Lanka’s got talent, and probably also a serious concussion.

On the first season of “Sri Lanka’s Got Talent” — the latest of many localized Got Talent series made popular by Simon Cowell — one gentleman attempted to impress the judges with his karate skills. He got off to a decent start, having broken several boards over his arms while performing a split that would put most of us out of commission for weeks.

However, things quickly went awry when he attempted to incorporate his head into the routine.

However, the botched head smash wasn’t going to stop this guy from trying to finish his routine. Despite the fact that he was clearly out on his feet and needed to be propped up like a townie after last call at a local dive, his spirit was stronger than ever.

He attempted to complete the audition but judges stopped him, which seemed like the best course of action for everyone involved. It seemed like this guy was destined for a quick exit — and possibly a trip to the hospital — but, against all odds, the judges praised him for his talent and commitment.

The guy was ultimately sent on to the next round because he tried hard, which might sound like a feel-good ending until you realize he’s going to have to do this all again somewhat soon. Even the NFL is shaking its head at the Sri Lanka’s Got Talent concussion protocol.