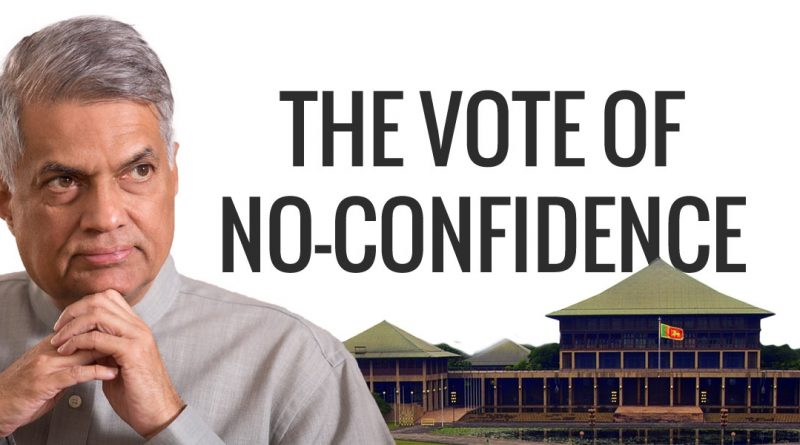 Prime Minister Ranil Wickremesinghe has defeated the No-Confidence Motion brought up against him by the Joint Opposition.

The Premier gained the support of 122 MPs while 76 voted against him. Out of the 225 members of parliament, 26 refrained from voting for, or against the prime minister.

The Tamil National Alliance (TNA) voted against the no-confidence motion.

The Janatha Vimukthi Peramuna (JVP) voted in favour of the no-confidence motion.

A. H. M. Fowzie and Ven. Athuraliye Rathana Thero were among absentees.

“..We have brought forward this motion because he is clearly involved in the largest financial scam in the world which is the central bank bond scam…” – MP Dinesh Gunawardene – UPFA

The road leading to today’s vote took began it’s course on the 10th of February, following the unexpected performance of the Sri Lanka Podujana Peramuna.

SLPP beat the UNP and the SLFP in the Local Government Election, giving PM Ranil Wickremesinghe his 30th election defeat. This sparked the questions on the UNP party leadership.

Parliament debated the motion for 12 long hours, often having tense moments as each party presented their case.

Meanwhile, there were those who were not supporting either party.

Minister Bimal called on the few MPs, who he claimed “do not steal from the public”, to unite with the people and bring forward a no-confidence motion.