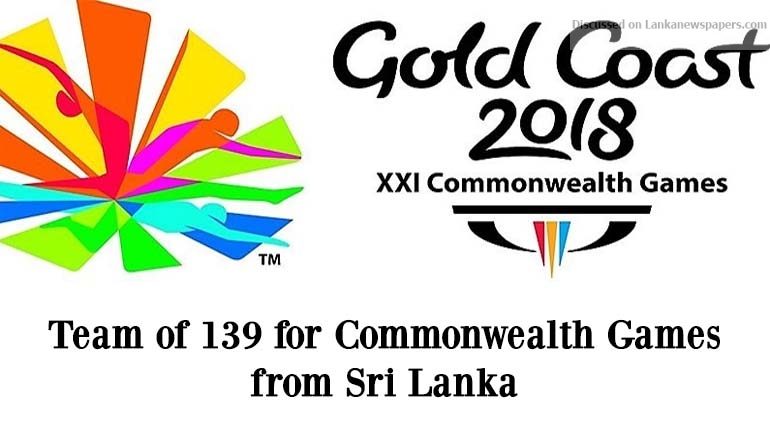 National Olympic Committee has selected a total of 79 athletes, 21 coaches and 19 officials for the Commonwealth Games 2018 to be held in Gold Coast, Australia from 4 to 15 April.

Former NOC Treasurer Gamini Jayasinghe has been named Chef de Mission of the team, while Vice President Sumith Edirisinghe, (who received a court injunction to represent his Hockey Association), was named General Team Manager along with Chandana Perera, while Sunethra Weerasinghe was named Lady Chaperone.

Sprinter Rumeshika Rathnayake has been added to the athletics team, which increases the number of athletes to 13. Apart from that 11 weightlifters, 12 rugby players (sevens team) and 8 shuttlers (which has raised many an eyebrow) have been included in the contingent.

This was despite recommendation of the Special Committee appointed by Sports Minister Dayasiri Jayasekara suggesting nearly half of the contingent should comprise of athletes, as some of the sports bodies had openly admitted that they can finish only 14 or 15 out of 16 teams that are participating at the Games.