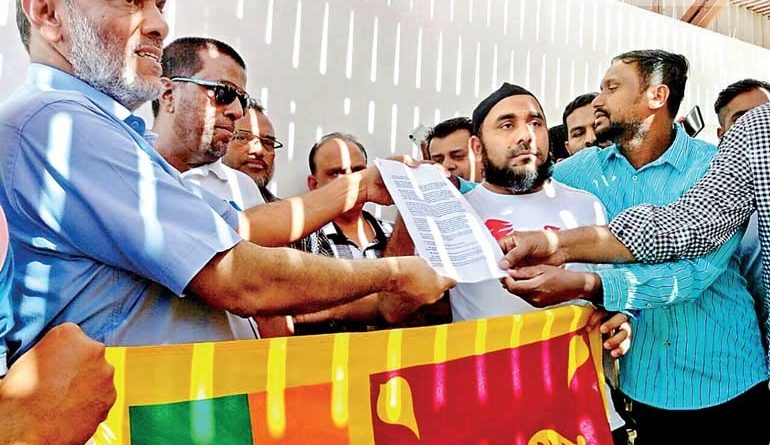 Riyadh: Following the recent violence against Muslims in Sri Lanka, Sri Lankan Ambassador in Saudi Arabia, Azmi Thassim, said that a multi-communal dialogue among Sri Lankan expats in the Kingdom was to be organised in the Saudi capital to further strengthen understanding among all ethnic groups living in Saudi Arabia.

The envoy was addressing a large section of the expat community which had assembled at the embassy to present a petition to President Maithripala Sirisena urging him to take immediate action to restore normalcy in the affected areas.

More than 20 mosques, some 100 Muslim shops and properties, 35 vehicles belonging to Muslims and places of business have been damaged due to the racist actions of several mobs.

Prime Minister Ranil Wickremesinghe, who visited the affected areas on Saturday, had promised to pay suitable compensation to the victims.

More than 1,000 of the island’s expats from all communities gathered at the embassy to voice their concern about their families who are currently living in various parts of the island.

Thassim said that the matter had been already brought under control by the Government and there was no cause for fear in the future.

However, he added that a message of communal amity to be practised among all ethnic groups of the island should be conveyed to people in Sri Lanka.

He said his mission would hold a dialogue among the country’s expats to further discuss the cultural values of each community and practise tolerance, compromise and understanding.

The organiser of the meeting, Abdul Qadir, told the Daily FT that the violence was perpetrated only by a fraction of the island’s population and the Government could easily bring the situation under control.

This joint statement by WHO and UNFPA clarified misconceptions in relation to the Ampara incident, which stemmed from inaccurate information relating to reproductive health.

Current UN Resident Coordinator and WHO Representative in Sri Lanka, Dr. Razia Pendse, said: “There is no medication or pills currently known or available that can permanently make a human being sterile. The information on the use of an infertility pill or sterilisation pill mixed with food is baseless with no scientific evidence.”

UNFPA Representative in Sri Lanka, Ritsu Nacken, said: “The need to ensure increased access to accurate reproductive health information, especially among youth, is so apparent. Wrong information on reproductive health is being used to ignite hatred and create tensions between ethnic communities. This should not and cannot happen.”

Together with the United Nations system, WHO and UNFPA urge authorities and all citizens to ensure that action is taken to counter misinformation and ensure that the rule of law is upheld, human rights are protected and security and safety is ensured for all.