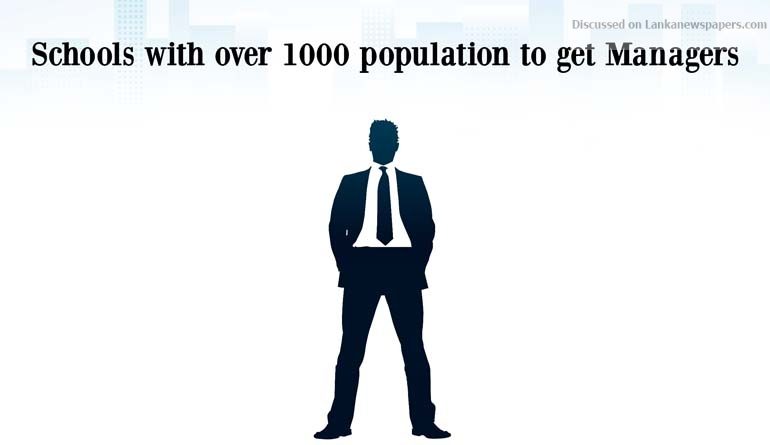 Managers will be appointed to all schools having a student population of over 1000 in future to facilitate easier administration, Education Minister Akila Viraj Kariyawasam said.

Addressing the gathering at the annual sports meet held at the Kurunegala Maliyadeva (Boys) Vidyalaya recently, Minister Kariyawasam said he hoped to appoint a Manager to each school having over 1000 students and a Manager and an Assistant Manager to schools with over 2000 students, after gaining Cabinet approval to the proposal.

“The Managers would be able to intervene in the school administration enabling Principals to devote more attention towards the education matters of the students by acting as the head of the school,” the Minister said. Minister Kariyawasam said he also hoped to implement the National Teacher transfer policy steadfastly to ensure quality of education by favourably responding to the requests made by the majority of teachers.

“This would be done through an effective strategy taken through teacher transfer Boards with the active co-operation of the membership of Teacher Trade Unions,” the Minister added.