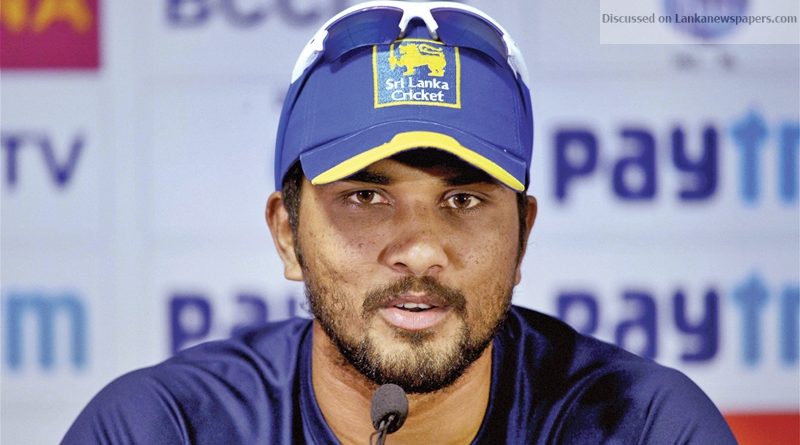 When Australian cricket was down following the Kerry Packer World Series Cricket (WSC) in the early seventies, they were not the same side what used to be. For that matter most countries, such as the West Indies, who were on the top world side prior to the WSC, were also downtrodden sides. During the period of buildup and immediately after the WSC the world saw the change the Australians had losing five Test series’ while drawing against Pakistan. Coming into the 1980s and up to the nineties they had not been able to make much progress. It was under Coach Bobby Simpson they actually made their comeback with Captain Allan Border.

Sri Lankan cricket had been under a cloud since the departure of legendaries Mahela Jayawardena and Kumar Sangakkara and that is not a very long time compared to the lamenting period of the Aussie. It might have had the chance to survive had they paid attention to seniors who wanted to retain Hathurusinghe the time he was being chased away.

We are used to hearing of partnerships and partners on the field, between pacemen, spinners, and batsmen, especially the openers: It is now evident that the combination between Captain and Coach are equally important. This has become a vital factor now more than ever the way the game has turned out to be. Those were the days when all that took place was the responsibility of the skipper. The game has changed and players and all concerned with international cricket have turned out to be more professional in their outlook.

The partnership between a Coach and Captain carries on it much of the weight in the outcome of the particular game. The World Cup winning Sri Lankan Captain said that he spent most the night watching replays of opponents and planned the game in hand accordingly. That would not have helped Arjuna much when he had to bat after breaking the much needed resting period for the sake of the team. Therefore, all that planning and watching replays has to be done by the Coach today. In addition to those responsibilities Hathurusinghe undertook the chores of being the Chief Selector. He has shown results of these undertakings to shed more light on the once dejected Sri Lankan cricketers and their team.

Simpson during the Australian crisis also took full responsibility of all his undertakings. He was able to do so due to the understanding he had with his Captain and Border supported him carrying out all responsibilities dished out to him. Ironically, it was Sri Lanka that shattered Simpson’s dream of going out on a high in 1996 beating Australia’s most successful captain Mark Taylor’s team in the World Cup.

Later Border himself became a very good mentor to his players when he took over as Coach. But before he did that the good coaching of Simpson who as determined a player as was his prodigy Allan Border were able to pick Australia out of doldrums to make them the strongest international cricket team.

As we see it today it is happening all over in the same fashion here in Sri Lanka. If Chandika is able to make Chandimal as good a prodigy as Border was to Simpson the end result would see Sri Lanka climbing up the ranking once again and become the champion side they were once at the early part of the century. All would be possible sooner than later and the fans in Sri Lanka should support their team under the conditions of getting over this critical period going into the 2019 World Cup. It is all riding on the back of Chandimal now who has been successful with Tests and T20s.

Now, if good sense prevails with selectors, he is the most suited to captain the ODIs coming out of the recent series. Only change is that Chandimal should forget the days of uncertainties that have passed him and make sound improvement to his batting.

The story has been Chandimal is not a man for the shorter version because of his batting. He should trash it all and go on to prove he is a man for all expected from a good batter. This is vital for the team who are on an upward trend with nothing to lose going into the 2019 World Cup with Chandimal but everything to gain.