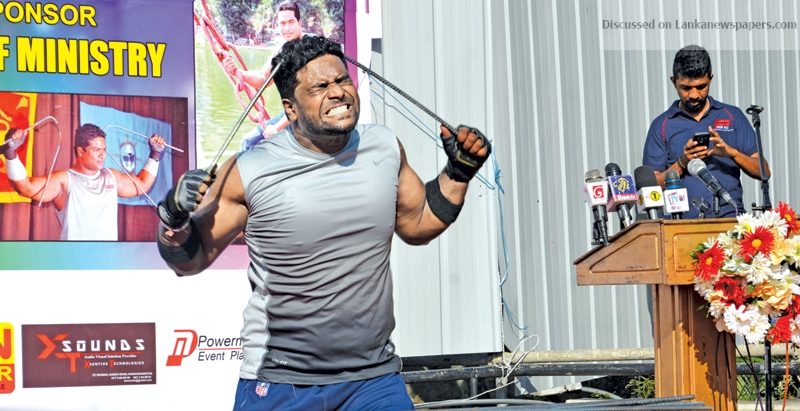 The previous record was held by an Armenian national Amen Adams by bending 18 steel rods of 12 mm within one minute. A steel rod weighed 900 grams.

Janaka holds four Guinness records that he set when he was a 16 year old school student. Janaka says that his ambition is to become the highest number of Guinness World Record Holder. He has completed 4 of 18 records to achieve the target. Janaka said that his target is to set 14 more Guinness records within the next two years. He also believes that he can bend 30 steel rods within one minute.