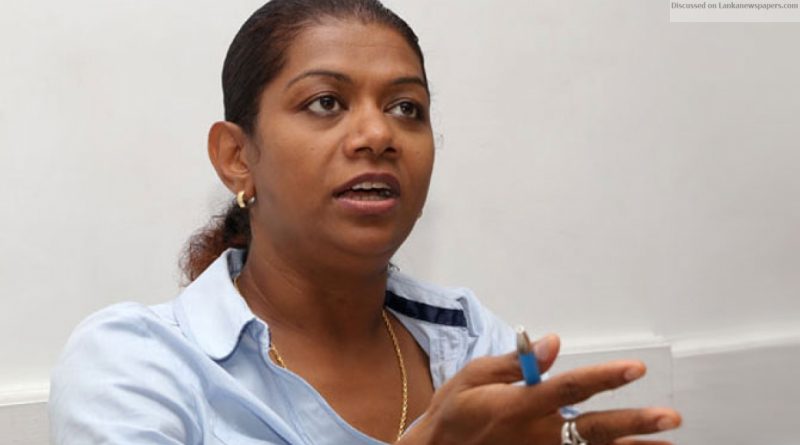 Susanthika Jayasinghe, the only living Olympic medallist of the country, came forward to voice her support for the team led by Rohan Fernando, who is contesting for the post of President of the National Olympic Committee.

Jayasinghe who won a Silver medal in the 200m at the 2000 Olympic Games, is the only female to win a sprinting Olympic medal from Asia. She states that the forthcoming election is the need of the era to bring the much needed change by installing the team led by Fernando.

“I have participated in four Olympics. I know the real meaning, value of sports and how to win. I feel the lack of opportunity given to Sports Administrators who are knowledgeable and capable of producing results is the reason behind the downfall of the country. On behalf of me and my fellow athletes of this country, I respect and give my blessings to these gentlemen (Rohan’s team). At least now they have formed a team and are trying to bring the necessary change to develop sports,” said Jayasinghe.

“It’s been 10 years since I retired and 18 years since the Olympic medal and we all know what the sports standard is now. The reason for sports to undergo this reversal is lack of proper value and proper management. It saddens me. I’m someone who came along a very hard journey with extreme courage and determination. If you can empower us with knowledge and allow us to disseminate that to the younger generation we can do immense service to the sports of this nation,” said Jayasinghe, who stated that she wishes that she will be able to see the next Olympic medallist of SL during her life time.

She was very critical about the present administration of NOC, where she said she had begged Hemasiri Fernando to give her a chance to serve the NOC, which fell on deaf ears.

“If we take athletes who made the country proud and who are living decently it is thanks to people like these gentlemen – Dian Gomes and Gen. Palitha Fernando. Gen. Fernando was the one who gave us a chance to come to sports. Damayanthi Darsha lives contentedly thanks to Dian Gomes,” said Jayasinghe.

“Who is responsible for the current debacle? NOC President (Hemasiri Fernando). Have they ever felicitated any medal winners?

No. As Olympic and world medallist if I’m not properly treated what’s the motive for others to take up the sport?”

“In Olympic House even the peon has gone for international games. Had we gained proper knowledge and proper education we could have done immense service to the country.” She further said she believes that Rohan’s team is the best for the job.”These people aren’t here to earn from sports. I think this is a good journey by decent and well experienced gentlemen who knows and care about sports,” said Jayasinghe.