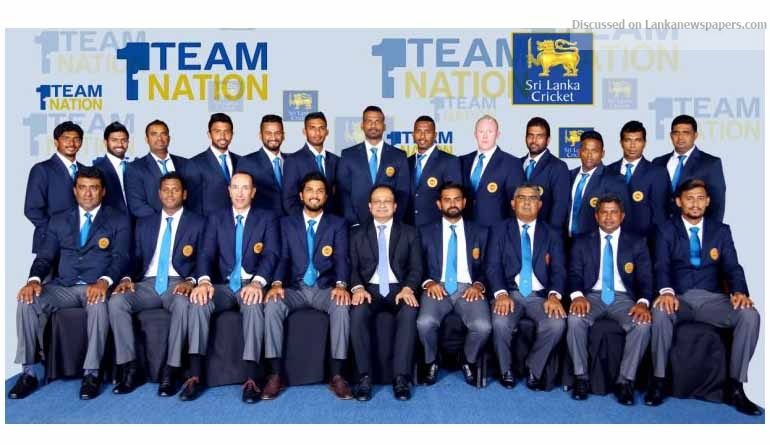 The 16 member national ODI squad for the tour of Bangladesh has been announced.

Former Skipper Angelo Mathews has returned to lead the National side after a lapse of six months that will play a tri-nation series also involving Zimbabwe.

The opening match of the series will be between hosts Bangladesh and Zimbabwe next Monday while Sri Lanka will open the account on 17th against Zimbabwe.

Chairman of Selector Graeme Labrooy announcing the squad this morning said, the 16 member is a well-balanced unit that can claim the Championship.

Dinesh Chandimal has been named as Mathews’ deputy for the tour.

Upul Tharanga, Danushka Gunathilaka, Kusal Mendis, Chandimal and Kusal Perera will be tasked with batting duties while Niroshan Dickwella has been named as the designated keeper for the tour.

Thisara Perera and Asela Gunaratne will be expected to fill in the all-rounders slot in the playing XI.

Spinners Akila Dananjaya, Lakshan Sandakan and youngster Wanindu Hasaranga have also been named for the tour of Bangladesh.

Chief Selector Labrooy said Jeffery Vandersey was in the running to make a return to the national fold however after another injury set back meant Wanindu Hasaranga slotting in to fill the void in the 16 member squad.