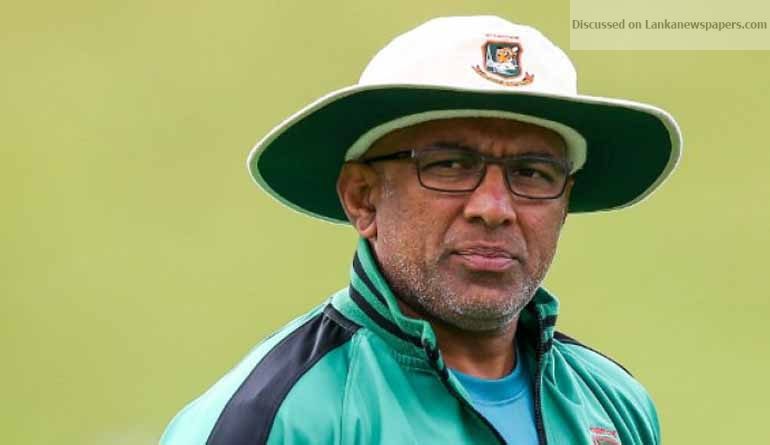 Newly appointed Sri Lanka Head Coach Chandika Hathurusingha says the forthcoming tour of Bangladesh will be a huge challenge for the national team.

Speaking during a media briefing held at the Sri Lanka Headquarters today, Hathurusingha said, the Bangladesh ODI squad has transformed into a champion unit in the last 24 months especially at home.

He said Bangladeshis have made marked improvement in all three departments of the games.

Hathurusingha said experiences he gained during his stint as the Bangladesh coach will aid him to counter the threat during the forthcoming tour.

On a separate note, Hathurusingha said he has consulted with the national selection panel prior to naming the squad that he proclaimed a well-balanced team.

He added the team selection will be done with the focus on the 2019 World Cup in England.

Hathurusingha added the inclusion of uncapped Shehan Madushanka was one such step and noted several youngsters will be getting the opportunity during future tours.

Sri Lanka led by Angelo Mathews will leave for Bangladesh to play a tri-series tournament also involving Zimbabwe on Saturday.