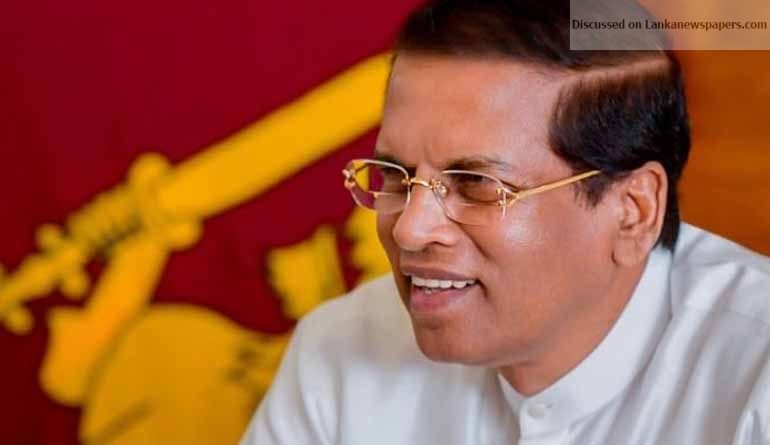 President Maithripala Sirisena has sought the Supreme Court’s opinion if he could remain President for six years till 2021.

Details regarding the inquiry have been listed in a letter directed to the Sri Lanka Bar Association by the Registrar of the Supreme Court MM Jayasekara.

The letter says the inquiry was notified by the Chief Justice.

The President has also requested the Supreme Court to notify its decision prior to the 14th of January. President Maithripala Sirisena spearheaded the 19th Amendment to the Constitution in 2015 to prune the presidential term from six to five years.