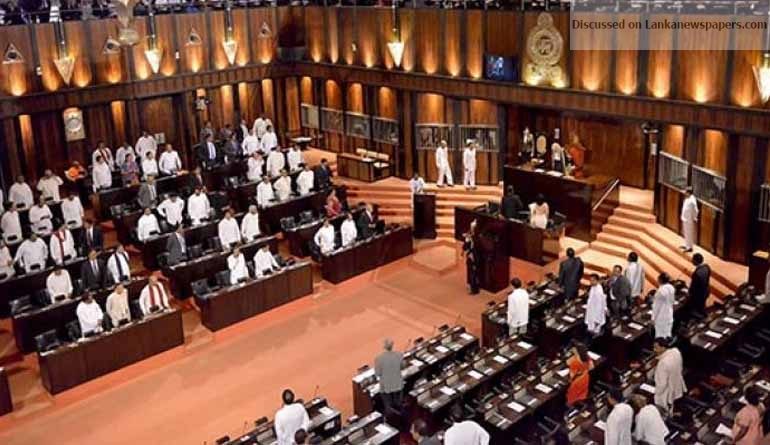 The report issued by the Presidential Commission of Inquiry into the Issuance of Treasury Bonds will be tabled in Parliament today.

Prime Minister Ranil Wickremesinghe is due to make a special statement in the House subsequently.

Accordingly a date to hold the debate over the report will be decided following the Parliamentary session at a party leaders meeting.

Meanwhile the United National Party said a proposal will be handed over to the Speaker of House Karu Jayasuriya calling for an investigation into Treasury bond transactions that took place between 2008 and 2015.

General Secretary of the Party Minister Kabir Hashim said the request will be made in the Parliament today.

The Jathika Hela Urumaya says the report by the Presidential Commission of Inquiry to Investigate and Inquire into Serious Acts of Fraud, Corruption and Abuse of Power, State Resources and Privileges should also be tabled in Parliament.

Deputy party leader Deputy Minister Karunaratne Paranavithana speaking to NewsRadio said the public should be made aware of its content.

The JVP is also of the view that reports by all Presidential Commissions of Inquiry should be tabled in Parliament.