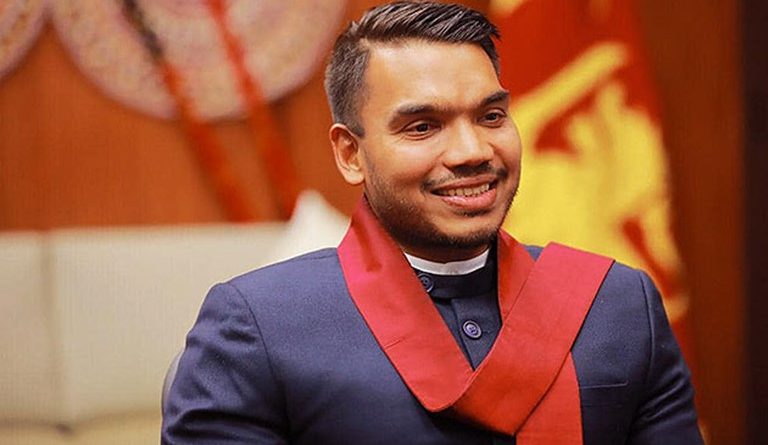 Sports Minister Namal Rajapaksa said he is ready to resign from his ministerial portfolio so as to reduce the number of ministers in the Cabinet, if the Sri La Freedom Party (SLFP) sets an example by asking its ministers to resign first.

“If the SLFP wants to trim the number of ministers in the Cabinet, it can set an example by asking their ministers to quit. So I am ready to resign from my ministry portfolio and I have no issue doing so,” he said.

He told reporters that the other opposition parties might not have participated in the All Party Conference (APC) as the APC was convened following a request by former President Maithripala Sirisena.

2 thoughts on “LNP – I am ready to quit as minister if SLFP ministers take the lead: Namal”