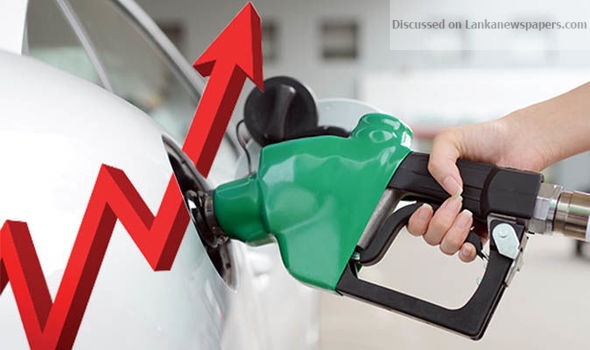 LIOC Managing Director Manoj Gupta said the price of a litre of Petrol 92 (Octane) has been increased by Rs.7. As such, the new selling price will be Rs.184.

The price of a litre of Lanka Auto Diesel has been increased by Rs.3 and thus the new price is Rs.124.

He claimed the losses are around Rs.42 per litre on the selling price of diesel and Rs.10 per litre on petrol compared to the current international prices.

The recent price revision took place on December 21, 2021. However, since then, Brent Crude prices have increased from $72 per barrel to $92 per in the international market, Mr. Gupta said.

International fuel prices have increased to seven-year high in an unprecedented rise. As of today, the international price of gas and gasoline 92 is exceeding $100 per barrel, he said.

Oil prices are soaring due to geopolitical tension between the US and Russia over the Ukraine invasion, a deep freeze in Texas that disrupted some Permian oil production; and the failure of OPEC+ to address the growing gap between quotes and what is being produced.

Mr. Gupta informed us that we have been left with no other option but to increase the prices of petrol and diesel.

However, although losses are very high, the company has currently increased the prices to the barest minimum, taking into consideration its impact on the industry and people at large, he said.