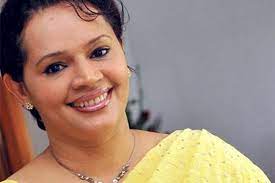 Parliamentarian Diana Gamage today proposed the Government to legalise cannabis and cultivate it on state patronage claiming that it was a lucrative business to earn foreign exchange.

She told Parliament that tea could no longer be cultivated as a commercial cultivation as other countries such as China and Kenya had started to cultivate tea and taken up most of the market share.

She said cannabis could be considered as a commercial cultivation in Sri Lanka and could be used as a main export crop to earn foreign exchange adding that other countries were earning huge income by exporting it.

The MP said the Government should abolish the ordinance introduced by the British in the 1800s with regard to cannabis and urged the Justice Minister to pass laws legalising cannabis in Sri Lanka.

She said according to the predictions of the European Investment Bank (EIB), the global cannabis market share would increase by 1000% within the next decade and it would be US$ 140 billion by 2027, she said.(